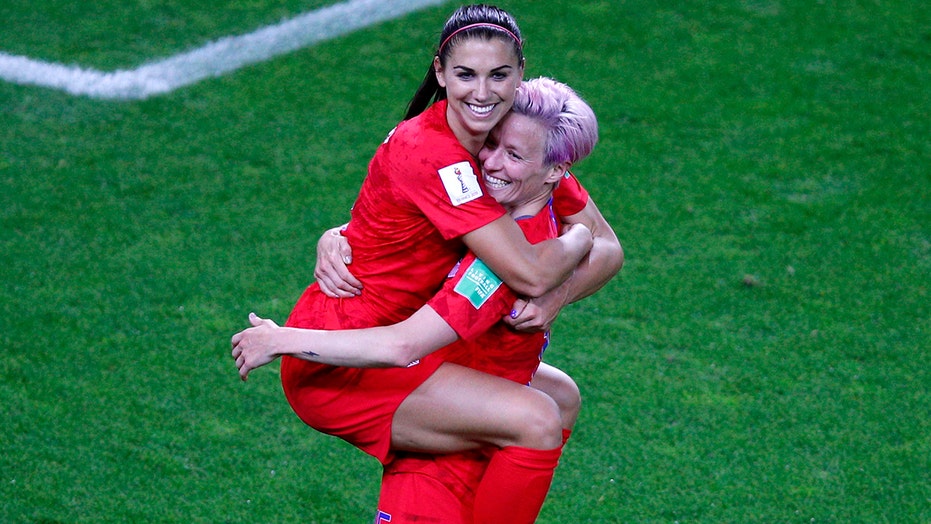 Rapinoe, who scored a goal during the 13-0 win, told FOX Sports’ Alex Curry on Wednesday the team’s “only crime was an explosion of joy.”

Morgan, who scored five goals tying a record set by Michelle Akers in 1999, explained to reporters why putting up the baker’s dozen figure was important.

“I think, in the moment, every time we score a goal in the World Cup it's, you've dreamt of it since you were a little girl, winning a World Cup and being back here for a third time, we want that fourth star,” she said. “We knew that every goal could matter. In this group stage game and when it comes to celebrations, this was a really good team performance tonight and I think it was important for us to celebrate with each other.”

Ellis wondered why there were questions over the goal scoring.

“With the scoreline tonight, we have to look at the group stage as every goal counts and it was important for us to continue to go,” Morgan said. “But for these 24 teams, it's a great opportunity for women to showcase what they've worked their entire life for and not every federation gives the same financial effort to their women's side and that's unfortunate.”

The U.S. women’s team received scathing criticism for celebrating and scoring as much as they did in the victory over Thailand.

The team plays Chile in their next match Sunday.