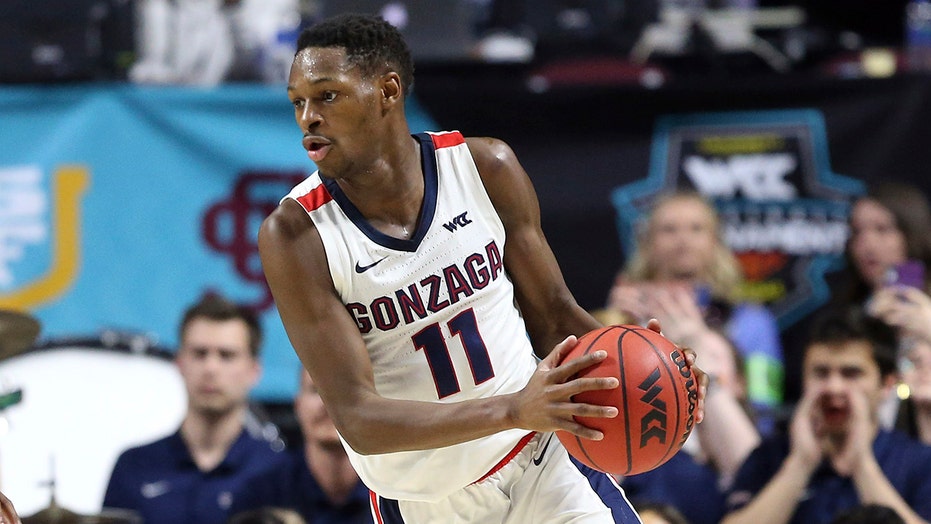 Gonzaga sophomore Joel Ayayi declared for the NBA draft on Saturday but will not hire an agent.

The 6-foot-5 guard from France said his top option remains returning for his junior season. Ayayi averaged 10.6 points and 6.3 rebounds last season and was voted the most outstanding player of the West Coast Conference Tournament.

“I love the coaches, the school and my teammates,” he said. "There is still a lot of uncertainty with what might happen to next year’s NCAA season, so entering the draft gives me a little more time to evaluate that.”

He added he will work with Coach Mark Few and the staff in reaching a decision before the draft's withdrawal date.

Ayayi is the second Gonzaga player to declare for the draft without hiring an agent, joining Corey Kispert.

Ayayi enjoyed a breakout season after averaging just 1.7 points in limited action as a freshman.