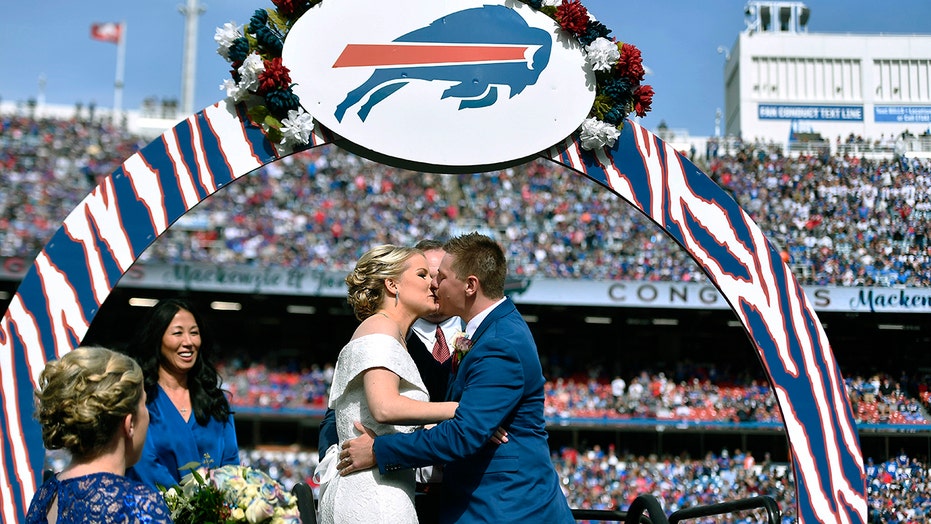 Two Buffalo Bills fans tied the knot during their favorite team’s game against the New England Patriots on Sunday.

Mackenzie Park and Jordan Binggeli, of Rochester, N.Y., won a contest sponsored by a jeweler to have their wedding at halftime of the game at New Era Field. Their first date was 11 years ago at a Bills game.

“I never thought that I would do this on a football field, much less here,” Williams said. “We’re gonna have a fun day. It’s a real wedding, it’s two people, the culmination of their relationship and they get to do it in a place that’s special for them, so it’ll be a great day for everybody.”

Hall of Famers Jim Kelly and Thurman Thomas and former Bills great Steve Tasker were members of the wedding party, according to The Washington Post. Kelly escorted Park down the field and handed her off to her new husband.

It was unclear whether the Bills Mafia put them both through tables before the game.

Unfortunately for the newlyweds, they got to witness the Patriots win once again, 16-10.