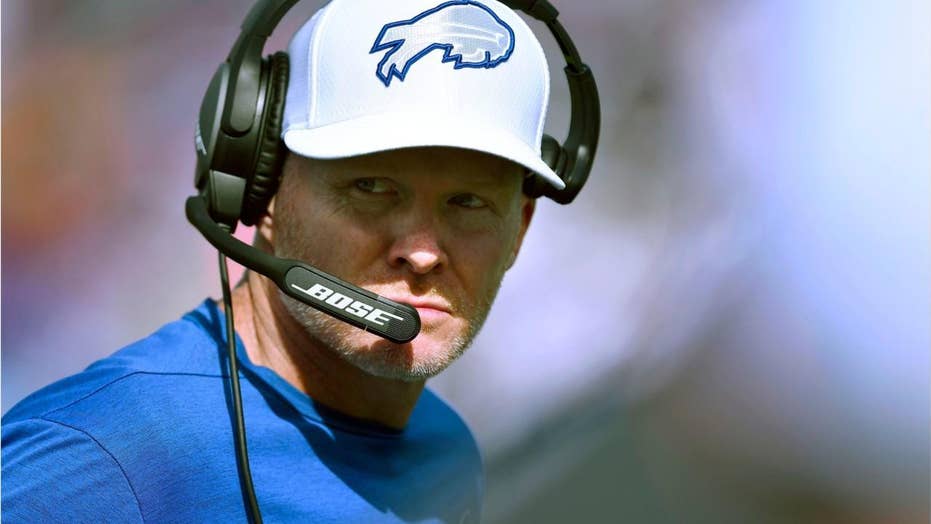 Buffalo Bills' Sean McDermott escorts New England Patriots staffers off the field before their matchup. One of them was Bill Belichick's son Brian. Were the Patriots cheating again?

Buffalo Bills head coach Sean McDermott was clearly upset that two New England Patriots staffers were on the field during the team’s pregame warmups Sunday before their matchup.

McDermott may not have known that one of the staffers was the son of Patriots coach Bill Belichick, Brian Belichick.

Video posted on social media from New Era Field in Buffalo showed McDermott and one of the staffers going back and forth while the coach was escorting them off the field.

It wasn’t clear what the Patriots staffers were actually doing on the field when McDermott was rushing them off.

However, the Patriots have been penalized in the past for some controversial practices, including in 2007 for videotaping an opposing team’s defensive coaches’ signals from an unauthorized location while Tom Brady was suspended four games for his alleged role in the Deflategate controversy in 2014.

Nonetheless, the Patriots got the better of the Bills 16-10.

New England moves to 4-0 on the season, while Buffalo drops to 3-1 and lose a pivotal division game.