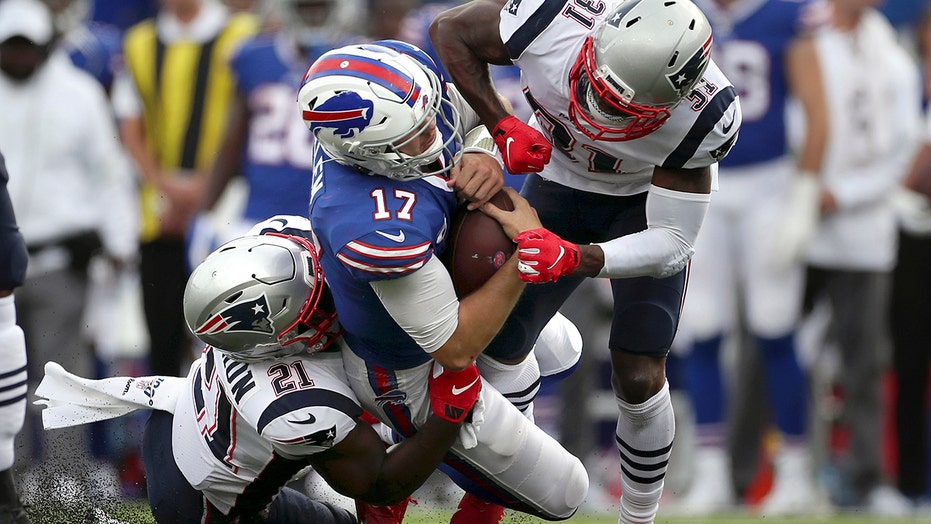 Buffalo Bills quarterback Josh Allen left the game against the New England Patriots on Sunday early after taking a vicious shot to the head.

Allen was scrambling early in the fourth quarter trying to get a first down when he was hit by Patriots safety Jonathan Jones. Allen’s head appeared to also bounce off the ground on the play.

The former first-round draft pick was taken out of the game with a head injury and placed into the concussion protocol. Matt Barkley replaced Allen at quarterback.

“There's no room in football for that,” Bills head coach Sean McDermott said after the game, according to ESPN. “It's a shame to see a player like Josh, or any player, to go down from a hit like that.”

McDermott added that he asked for an explanation and thought Jones should have been ejected for the play.

NFL Vice President of Officiating Al Riveron said the league didn’t feel like the play “rose to the level of an ejection.”

“The player actually turns. Obviously, there is helmet contact, but we have standards for an ejection, and this did not rise to that standard; therefore, we did not eject him. There was a foul called and obviously the penalty stood, but we did not feel this contact rose to that level,” he said.

Allen’s status is unclear for next week’s game against the Tennessee Titans.