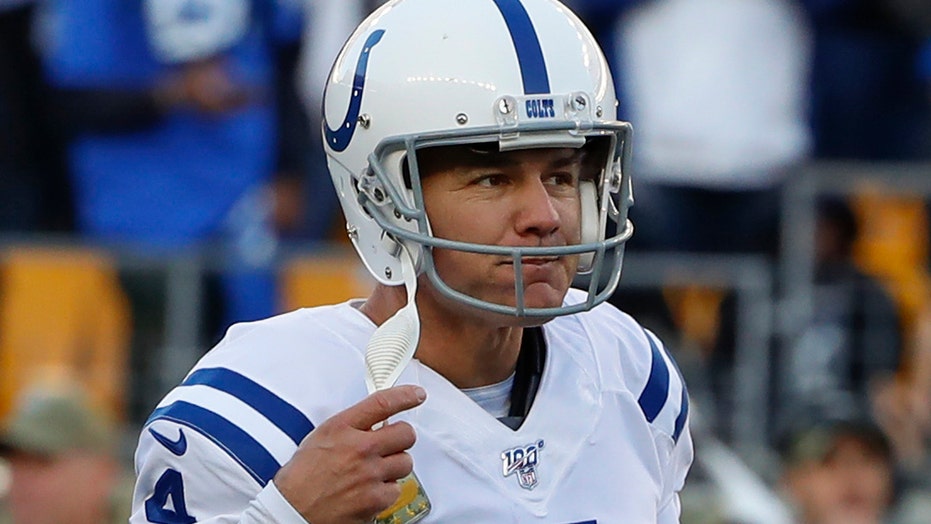 Politicians – especially those running for president – want voters to think they have all the answers on topics as varied as taxes, medical care, gun rights and foreign entanglements.

But the struggles of Indianapolis Colts kicker Adam Vinatieri even have one prominent Democratic contender uttering three rarely spoken words: "I don't know."

Vinatieri’s subpar season was again on display Sunday during a loss to the Pittsburgh Steelers.

The veteran kicker went 1-for-2 on field goals and 1-for-2 on extra-point attempts as the Colts lost, 26-24. The missed field goal kick was a 43-yarder with less than two minutes left in the game and potentially could have lifted Indianapolis to its sixth win of the season.

Pete Buttigieg, the South Bend, Ind., mayor running for the Democratic presidential nomination, was asked about Vinatieri’s struggles – and if the Colts should cut ties with the kicker – by journalist Adam Wren while Buttigieg campaigned in Iowa.

“I don’t know,” Buttigieg said. “Is it getting that bad?”

Lis Smith, Buttigieg’s senior adviser, added: “He won the game for them last week. You can’t be a fair-weather fan like that."

Of more immediate importance to Vinatieri's job security, Colts head coach Frank Reich also expressed his confidence in the kicker, according to The Athletic.

BUTTIGIEG OFFERS MOST CONTROVERSIAL STATEMENT YET ON CAMPAIGN TRAIL: GET RID OF THE DH

“Still have all the confidence in the world in Adam,” he said.

It’s not the first time Buttigieg has waded into the sports world.

He made one of his most controversial statements of his campaign when he expressed his support for getting rid of the designated hitter in baseball, firmly establishing himself as a fan of the National League style of play.

“I feel you ought to have to play both parts of the game,” he said in August.