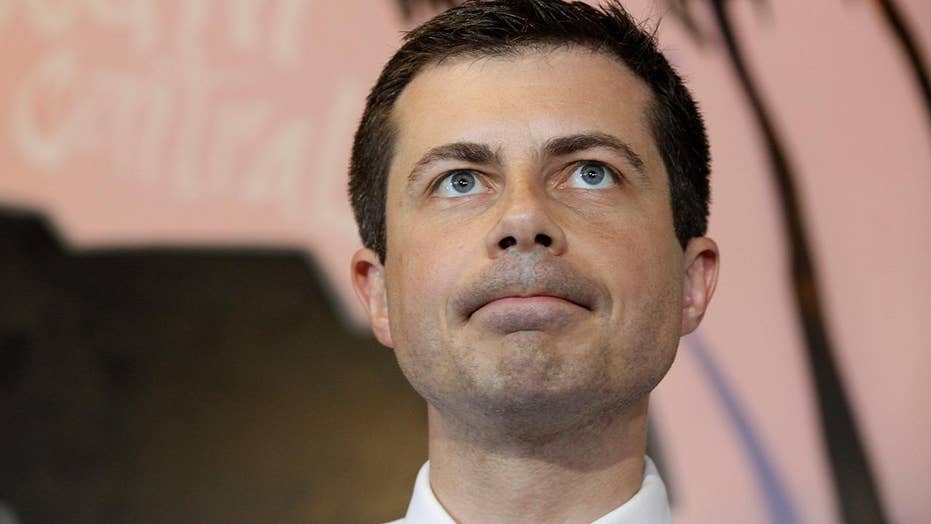 South Bend, Ind., Mayor Pete Buttigieg, who's spoken in favor of workers' rights in his bid for the 2020 Democratic presidential nomination, raised eyebrows Friday after reportedly championing an economic system that forces some workers to perform additional duties they're not trained for while realistically denying a job to other skilled laborers -- Yes, "Mayor Pete" supports Major League Baseball's National League-style of play.

It turns out baseball fans may have the final say when it comes to choosing a Democrat candidate to run for president against Donald Trump -- or at least in telling one candidate when he's struck out.

Buttigieg -- who hails from a state without a single MLB team -- apparently hopes there are more American League fans pining to watch pitchers hit than National League fans who'd appreciate adding a competent batter and baserunner to their team's lineup. And he's wagering traditionalists who decry the designated hitter rule will swing away for him during the primaries.

According to a Politico report Friday, Buttigieg was in Iowa -- another state without any MLB teams -- talking to voters, chowing down on fair food and making a controversial statement he won't get to replay.

“I feel you ought to have to play both parts of the game,” said Buttigieg, who did not address the fact that hitters do not have to exert themselves throwing up to 100 pitches or more during games.

The designated hitter rule, which exists in the American League but not the National League, is indeed a controversial topic that looms over Major League Baseball.

A universal designated hitter has been talked about, but some purists enjoy the strategy of the game, including double switches and deciding when to bat for a team's pitcher with a pinch-hitter. Other fans like players who are skilled at what they're asked to do.

It’s unclear if MLB owners would ever really consider changing the DH rule before they expand pace-of-play or institute robot umpires -- or any other criticisms that have come baseball's way over the last 15 years.

But at least the voters know where Mayor Pete stands on the debate.