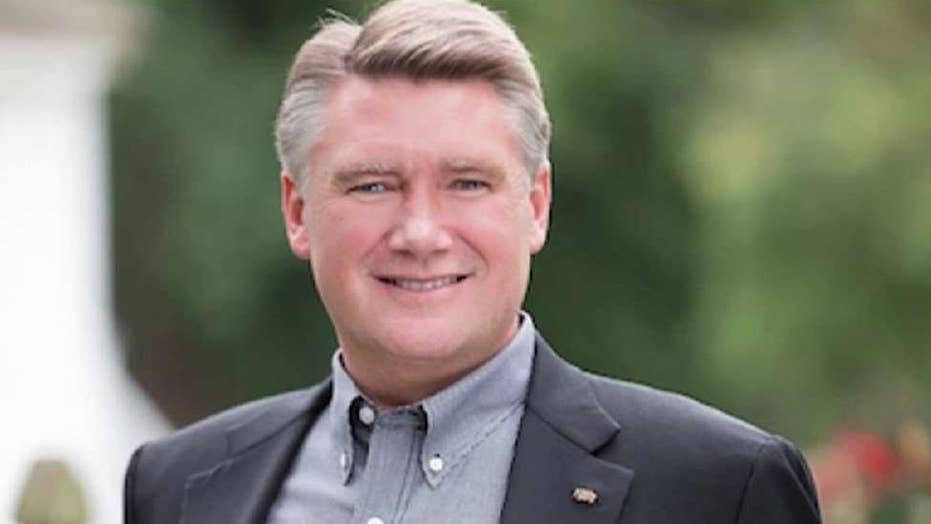 North Carolina elections officials are conducting a hearing Monday focused on allegations that a political operative tampered with mail-in ballots in a contested November congressional race.

At stake is the 9th Congressional District seat that includes Charlotte. The State Board of Elections has not certified unofficial results that showed Republican Mark Harris narrowly beating Democrat Dan McCready by 905 votes.

The board could decide a winner or call for a new election at the end of the hearing, which is expected to last a minimum of two days. The political operative, Leslie McCrae Dowless, Jr., was hired by Harris’ campaign consultants.

The state has twice refused to declare Harris the winner, after hearing reports of irregularities just before the election in rural Bladen County, where Dowless lives.

State election law prohibits anyone other than a guardian or close family member to handle mail-in ballots. Harris' team said in a legal briefing submitted to the elections board last week the board should certify him the winner - no matter what Dowless did for the campaign.

"Technical irregularities —like ballot harvesting — do not provide enough reason to order a new election," the attorneys said. Amar Majmundar, the election board attorney, said “the number of disputed votes more than sufficiently” call the margin of Harris’ election-night lead “into question," according to Politico.

The elections board also is expected to hear about the unusual number of absentee ballots that voters requested but never returned. A Harvard University elections expert is expected to testify that absentee ballots in Bladen and neighboring Robeson counties disappeared at a rate 2.5 to three times higher than the rest of the congressional district or elsewhere in North Carolina.

Four of the five members on the board — composed of three Democrats and two Republicans — would need to agree a new election is necessary.

If that doesn't happen, McCready's lawyers said state officials should send their findings to the Democrat-dominated U.S. House and let it decide whether Harris should be seated — arguing the U.S. Constitution gives the House authority over the elections and qualifications of its members.

“Our focus since the start has been calling for this evidentiary hearing, making sure that the facts and the evidence are laid to bare and the people’s whose voices were stolen by the Mark Harris campaign have their voices heard,” said Aaron Simpson, McCready’s spokesman, according to Politico. “If the board does decide to call for another election we want to be ready for that.”

The group said in a memo quoted by Politico: "the 'evidence and lack thereof will result in the certification of Congressman-elect Mark Harris.'"