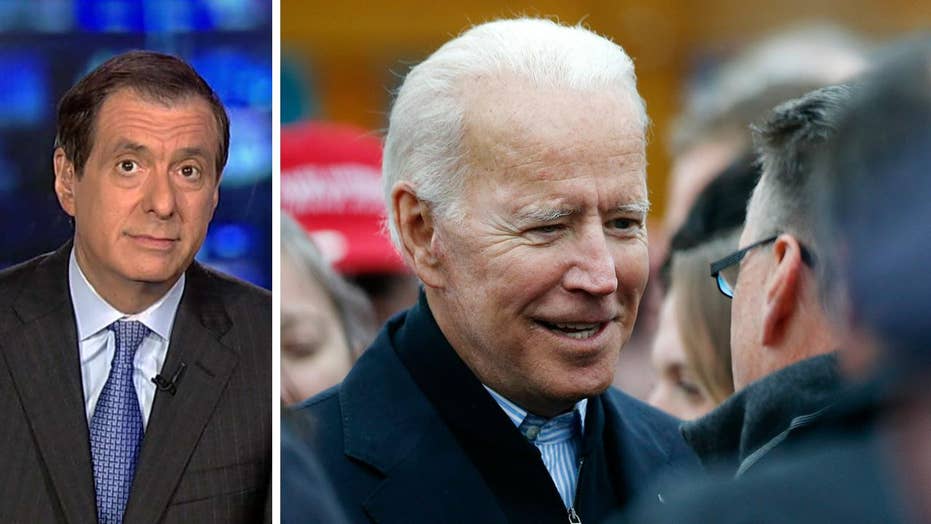 Howard Kurtz: Democratic diversity is great, but how much do race and sex matter?

'MediaBuzz' host Howard Kurtz weighs in on how race and gender are playing a big role among potential 2020 Democratic candidates.

I begin this column at a distinct disadvantage.

So for me to examine the question of whether the Democrats should avoid nominating someone of my ilk, I must search my soul, ignore my heritage, and check my white privilege at the door.

Look, I think diversity in politics (and elsewhere in society) is great. It's healthy that such candidates as Kamala Harris, Elizabeth Warren, Amy Klobuchar, Kirsten Gillibrand and Cory Booker are running.

But how do we move from that breakthrough to the notion that nominating anyone who's not a minority or a woman is insufficiently woke?

How do we get to this headline on a New York Times news story: "Should a White Man Be the Face of the Democratic Party in 2020?"

'Tis true that 44 of our 45 presidents have been in the white male category. Barack Obama broke that monopoly in 2008. Hillary Clinton thought she was going to break it on the gender side in 2016 and fell short. The Democrats haven't nominated a white male for president since 2004.

But does that mean such politicians should start out with two strikes against them?

The debate is rooted in the fact that the four Bs who seem to be leading the Democratic field are all white men: Biden, Bernie, Beto and Buttigieg.

Kamala may be in that pack as well, at least if early polls and fundraising are the yardsticks.

I'm hearing some female commentators complain that women never get the kind of swooning media coverage that Pete Buttigieg and Beto O'Rourke have been drawing.

I would argue that they are attracting media praise because they're unconventional candidates with unorthodox styles (the top female and minority candidates are all, well, senators). Mayor Pete has the novelty of being a gay candidate. But both could easily fade, and two top Beto aides just quit a campaign whose media glow is dimming.

What's more, says the Times, O'Rourke "has acknowledged that he benefits from white male privilege." (Um, what’s he supposed to say to that?)

As for the others, Harris had the strongest launch. Booker is finding his message of love not quite resonating in an angry era. Klobuchar has drawn compliments from conservatives but has a low-key midwestern style. Gillibrand isn't making much news.

And Warren has by far offered the most detailed policy prescriptions — she called yesterday for free public college tuition and forgiveness of much student debt — but hasn't generated much excitement and is lagging in fundraising. Is that because she's a woman? Warren has gotten positive press since her days as a consumer advocate.

ELIZABETH WARREN DOUBLES DOWN ON TRUMP IMPEACHMENT PUSH, SAYS IT'S 'BIGGER THAN POLITICS'

To jump-start a stalled campaign, she called for Donald Trump's impeachment over the weekend, knowing full well it's not going to happen. But it separated her from the pack and got her some attention, which is how it works. Gender was not a factor.

The Times piece says that "Democrats have seen the strong diversity in their field ... become somewhat overshadowed by white male candidates."

And after noting that non-white-male candidates helped the Dems win the House, the paper asks: "What's the bigger gamble: to nominate a white man and risk disappointing some of the party's base, or nominate a minority candidate or a woman who might struggle to carry predominantly white swing states like Wisconsin, Michigan and Pennsylvania that both Barack Obama and President Trump won?"

Biden (who's getting in this week) and Sanders have other advantages besides their whiteness, says the Times: They're well-known, have run before and can raise big bucks.

"But as older white men, they are out of step with ascendant forces in the party today."

I get it. They're not exactly fresh faces. But some Democrats, at least, still like them.

Ever since women got the vote, they haven't been taken all that seriously as presidential candidates, at least until Hillary's first campaign.

And for most of our history since the Civil War, the idea of a black president was deemed unthinkable — at least until Obama beat Hillary 11 years ago. That was the legacy of discrimination. And it hasn't entirely vanished.

But — and I'll say this carefully — isn't it also a discriminatory impulse to say perhaps a white male candidate should be denied the nomination on the grounds of race and sex? Doesn't that go against what we’ve always heard about wanting a color-blind and gender-neutral society?

Hey, nobody needs to feel sorry for these guys. Demographics change and they have to adapt or perish.

Yet in the end, this is a bunch of media chatter. One of the candidates — black or white, male or female — will connect with enough voters and mount a compelling enough campaign to become the standard-bearer. And I suspect Democratic voters will care most about beating the white male in the White House.