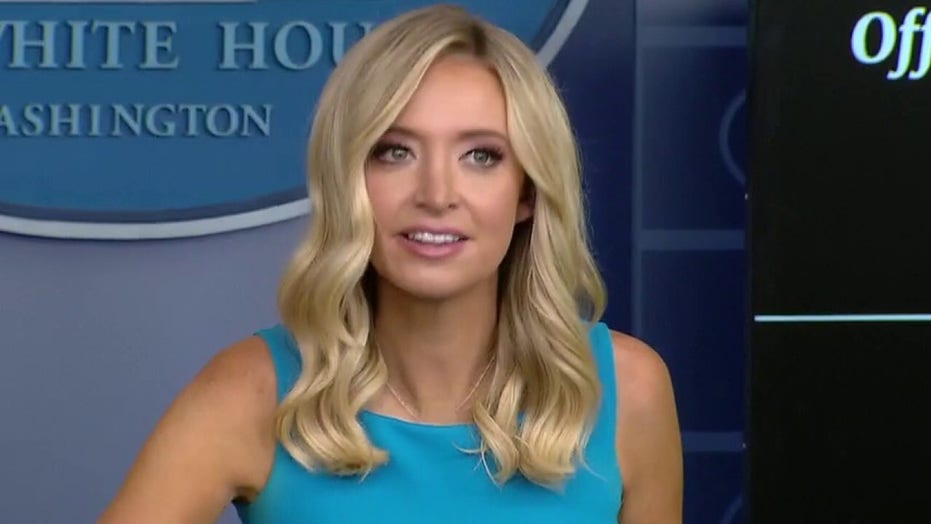 McEnany: We stand with law enforcement

White House press secretary Kayleigh McEnany in her Wednesday briefing called attention to the 45 police officers who have been killed in the U.S. so far this year, including the late St. Louis officer David Dorn.

McEnany said that before the former Missouri police officer was shot and killed by looters in St. Louis, he served 38 years on the city’s police force. His wife Ann Marie, too, was a sergeant on the force.

David Dorn, 77, suffered a gunshot wound to his torso about 2:30 a.m. Tuesday and died on a sidewalk in front of the looted Lee's Pawn & Jewelry shop. The violent death was captured on video and circulated on Twitter.

“These are our heroes, thank you so much,” McEnany said. “Many have been shot, some have been killed. It's a travesty and let us stand with law enforcement."

Earlier in the briefing, McEnany said that as a result of the protests, four officers had been shot in St. Louis, one had been shot in Las Vegas and remains on life support, and a number of officers were injured in a Providence, R.I., riot.

As a result, the press secretary said the president has “sole authority” to invoke the Insurrection Act, after Defense Secretary Mark Esper said he didn’t believe it was necessary.

McEnany was asked if Trump still has confidence in his defense secretary. “If he loses confidence in Secretary Esper I’m sure you will be the first to know,” she said.

"The option to use active-duty forces in a law enforcement role should only be used as a matter of last resort and only in the most urgent and dire situations," Esper had said earlier Wednesday. "We are not in one of those situations now. I do not support invoking the Insurrection Act."

But President Trump has suggested bringing in military forces to quell riots.

"If a city or a state refuses to take the actions that are necessary to defend the life and property of their residents, then I will deploy the United States military and quickly solve the problem for them," he said Monday.

Esper has already ordered military police active-duty troops from Fort Bragg, N.C., and Fort Drum, N.Y., and a ready battalion from the 82nd Airborne -- also out of Fort Bragg -- to stage in the Washington, D.C., area at Maryland's Andrews Air Force Base and Virginia's Fort Belvoir.