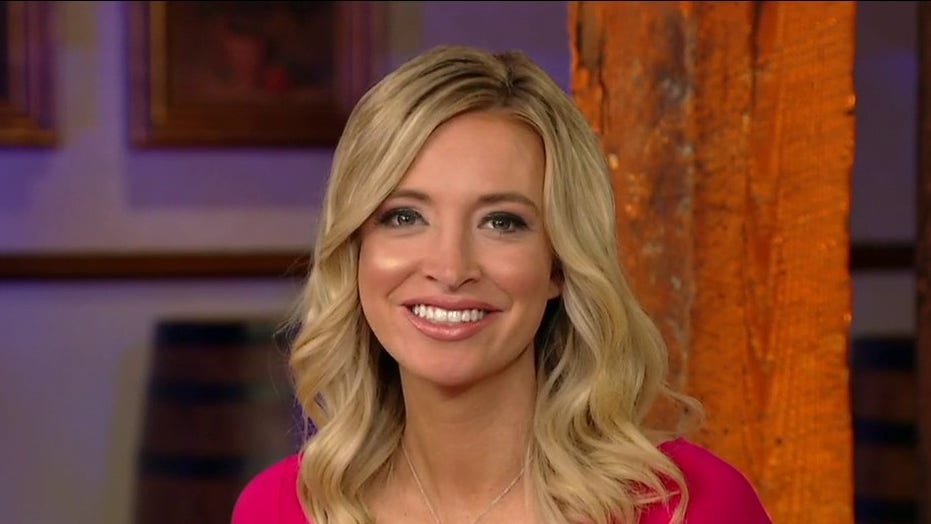 On Tuesday President Trump’s press secretary Stephanie Grisham left her post and will be replaced by campaign spokeswoman Kayleigh McEnany.

McEnany will work in tandem with two others newly tapped by for the Trump administration’s communications team: Alyssa Farah as White House director of strategic communications and Ben Williamson as senior adviser for communications. Meanwhile, Grisham will return to first lady Melania Trump’s team as chief of staff and spokeswoman.

Here’s what to know about McEnany, now tasked with facing off with the media on behalf of the administration and guiding a very blunt president who often prefers to go it alone with the press.

McEnany is the first major personnel move by new White House chief of staff Mark Meadows, who assumed the role one week ago after Trump announced he would replace Mick Mulvaney.

McEnany’s predecessor, Grisham, received criticism by the media for never hosting a press briefing in her nine months in the position. Grisham made an occasional appearance on Fox News and often defended her boss on Twitter. McEnany, however, is poised to go head-to-head on camera, given her time as a paid contributor on CNN and her more than 200 appearances on Fox News weekday programming since August 2017, according to a count by MMFA.

McEnany will be the president’s fourth press secretary, behind Grisham, Sarah Sanders and Sean Spicer.

McEnany, 31 and a graduate of Harvard Law School, was named national press secretary for President Trump’s reelection campaign in February 2019.

An avid defender of the president, McEnany made a name for herself as a conservative pundit on CNN, before being appointed national spokesperson for the Republican National Committee in 2017 and then moving to the Trump campaign.

In 2018, McEnany published a book titled “The New American Revolution: The Making of a Populist Movement.”

The spokeswoman grew up in Tampa, Fla., before receiving Bachelor of Science in foreign service from Georgetown University.

She is married to professional baseball player Sean Gilmartin, and the couple has one daughter together.

Farah, the new director of strategic communications, joins the White House from her role as press secretary for the Department of Defense. Williamson served as Meadows' communication director on Capital Hill during his time as a representative from North Carolina.

A source told Fox News that McEnany, Farah and Williamson would work "in concert" and not necessarily report to one another in terms of "chain of command."