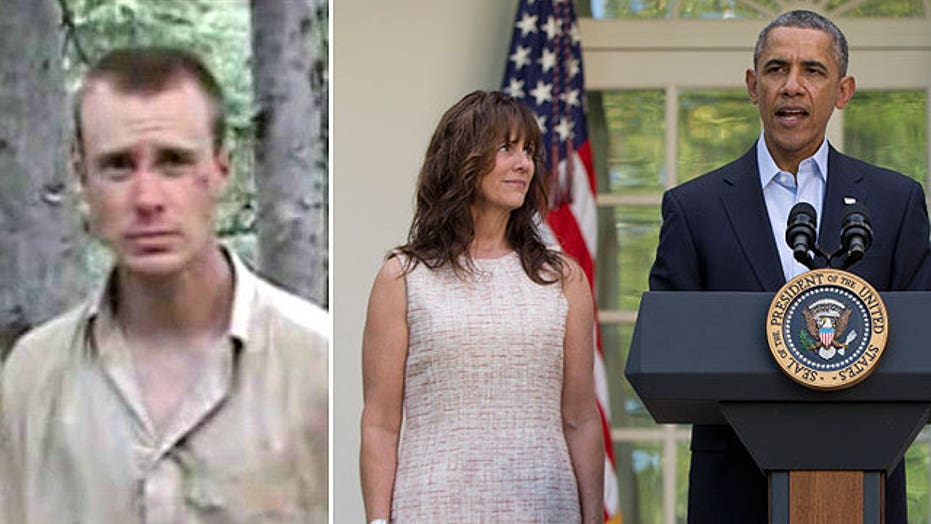 Army Sgt. Bowe Bergdahl walked away from his base in Afghanistan June 30, 2009, and by December of that same year, the president's principal military adviser, then-Chairman of the Joint Chiefs Admiral Mike Mullen, knew those details, according to three of Bergdahl's platoon mates who spoke to Fox News.

"I asked him (Mullen) if he knew about Bergdahl and that he deserted and he (Mullen) told me that he knew of the circumstances surrounding his walking off," former Sgt. Matt Vierkant told Fox,"(and) that they were developing leads and following leads, trying to do everything they could to get him back."

After pulling security duty for the chairman, who was doing a swing through Afghanistan in December 2009, Vierkant, along with Evan Buetow and Cody Full, said they met informally with Mullen and about eight other soldiers. After a pep talk about the mission, the three said Mullen asked the squad leaders and platoon leadership to take a break.

"He sat down with all the lower enlisted guys and the team leaders and basically he said, 'Hey, what do you want to know...You got any questions? He's like, I'm an open book. Let's just have a little question and answer session," Buetow explained.

"So Matt asked him, you know Bergdahl deserted, what's going on with that? And Admiral Mullen said, 'Yes, we know all the circumstances surrounding Bergdahl walking away from the OP (outpost,)and we're still working on getting him back, figuring out where he is and kind of figuring out that whole situation.’"

This account was backed up by a third platoon mate, former Specialist Cody Full. The men were split on whether Mullen singled them out because of the Bergdahl connection or whether it was a chance meeting, but they emphasized that at the time, they appreciated the fact that Mullen seemed to speak candidly and openly.

“I don't remember him being taken aback by it at all, you know, he knew what was going on, he answered not confidently but he didn't have to think about it, he didn't want to give us some political answer,” Buetow explained. “He just gave us an answer.

Asked if there was any ambiguity based on the conversation, Vierkant said no. "Without a doubt, he (Mullen) knew he (Bergdahl) deserted or, you know, was suspected of desertion. There was no doubt in my mind that he fully understood what Bergdahl did."

The three said they felt relieved, and grateful to Mullen for the conversation.

The men's account is significant because Mullen reported directly to President Obama and then Secretary of Defense Robert Gates, and the reported admission comes a full four and a half years before National Security Adviser Susan Rice said Bergdahl served honorably and his parents were called to the White House for a Rose Garden ceremony after he had been swapped for five Taliban commanders.

"If Mullen knew, and now it's alleged that he did know, it would be, it would be unthinkable that he didn't pump this up the chain of command, his chain of command, or, tell the president directly," Brad Blakeman who served in the Bush White House, explained. "At a minimum, this would have been included in the president's daily brief, and at a maximum, it would've been told directly to the President by Mullen."

In a statement to Fox News, Mullen said, "From the moment Sgt. Bergdahl went missing, the U.S. Military was focused on finding him--as it does with any serviceman or woman who goes missing. The exact circumstances were not known then, nor did they drive our decisions. We do not leave our people behind."

Fox has extended an open invitation to the Admiral to explain his recollection of events during the 2009 trip, what he knew in December 2009 about the circumstances surrounding Bergdahl’s capture, and whether he told anything to the president and defense secretary, or if the circumstances were already well understood at senior levels of the White House.

A military official who was travelling with Mullen during the 2009 Afghanistan trip confirmed Bergdahl's teammates did pull security during a leg of the trip,

While not commenting on the claims that they met informally with Mullen, the official said it was common practice for Mullen to ask leadership to take a break so that he could speak directly and candidly with soldiers.

"I want to ask him (Mullen) did they brief the White House? Who knew about it and why would you still do this trade knowing all the information that you knew?" Vierkant said. "We don't leave anyone behind. The thing is, we never left him (Bergdahl) behind. He left us behind. He chose to walk off and do whatever and get captured, that was his fault. Those were his choices."

Bergdahl has not been convicted of any charges, but faces a military court martial in the summer.