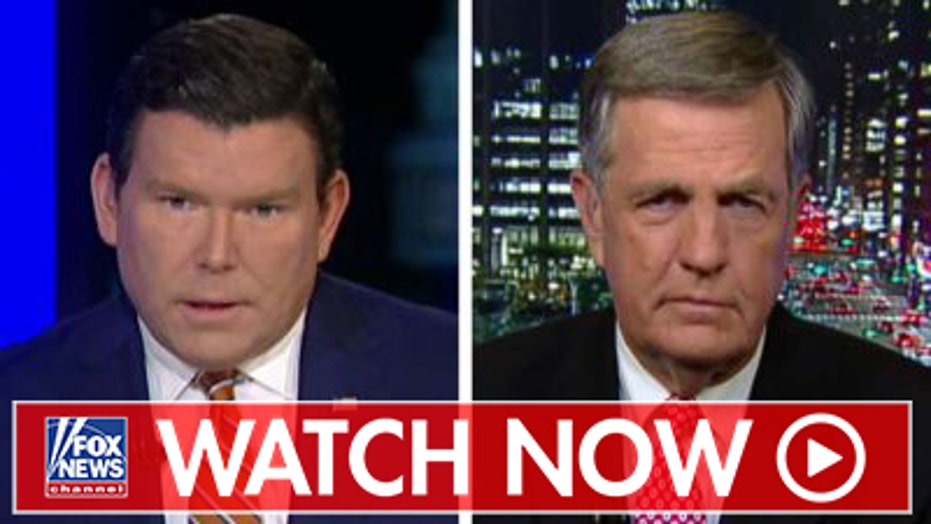 As the 2020 presidential election approaches, voters may be less and less willing to go through Trump impeachment proceedings because they will soon have the final say themselves, according to Brit Hume.

Some voters may consider whether Democrats are trying to politically hurt President Trump as the impeachment process drags on, Hume asserted Monday on "Special Report."

"The closer we get to the election, the more people are going to say, 'Wait a minute, he's only got a few months before we the voters get a chance to decide whether he ought to remain in office,'" he said.

TRUMP WANTS REPUBLICANS TO RELEASE THEIR OWN ACCOUNTS FROM IMPEACHMENT PROBE

"So, why not wait, and then the argument will be made that, 'Look, they're just trying to damage him and touch him up politically so he can't be reelected' -- that could leave a bad taste."

The Fox News political analyst said that the more voters believe Democrats are trying to damage the president, the easier Republicans will find it to help constituents grasp a decision not to convict him in the Senate.

He did say Trump is not helping himself by characterizing his July phone call with Ukrainian President Volodymyr Zelensky "perfect."

The president is under an impeachment investigation over allegedly withholding millions in defense funding from Ukraine in order for Kiev to investigate the Bidens’ business relationships in the country.