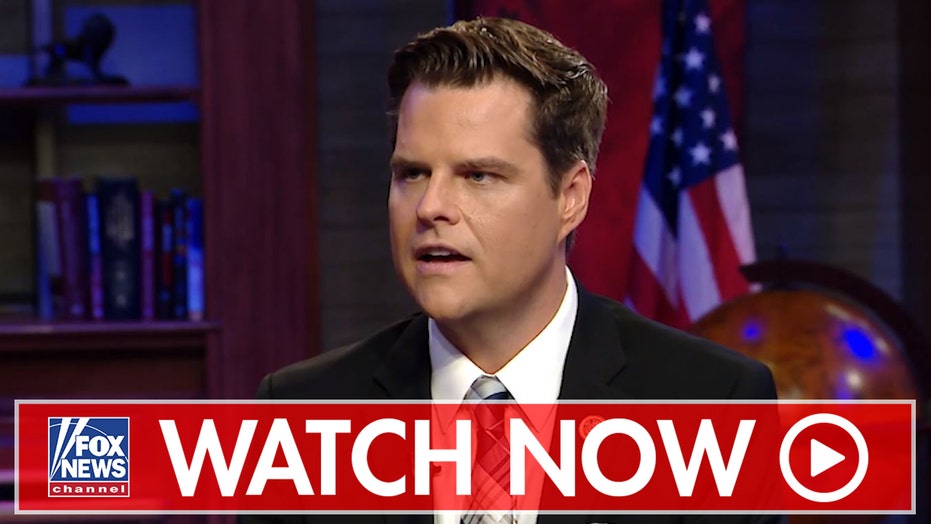 Congressional Democrats have nothing to show for their two years in control of the House of Representatives, so they must rally around the impeachment inquiry instead, according to Rep. Matt Gaetz, R-Fla.

Democrats have failed to produce any substantive legislation from their time in the majority, Gaetz claimed in an interview airing Sunday on "Life, Liberty & Levin."

"What would the Democrats use to galvanize their movement if not impeachment?" the congressman asked. "Would Democrats be able to point to their infrastructure plan? Would they be able to point to sound policy on trade? Of course not. They haven't done anything. And so this is the cop-out for the lack of an agenda that impacts the lives of the American people."

LARA TRUMP CALLS IMPEACHMENT INQUIRY A 'GIFT' TO THE PRESIDENT 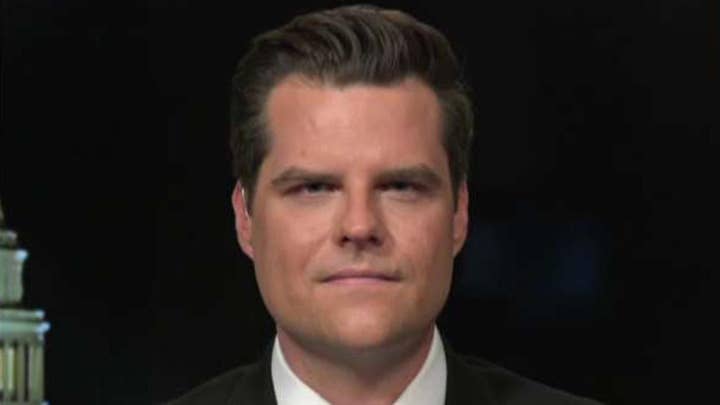 Gaetz, a member of the House Armed Services and Judiciary Committees, claimed House Democrats have issued more subpoenas than passed bills on to the Senate.

He said that will be noticed in swing states like Michigan, Pennsylvania and Florida -- all of which were won by President Trump in 2016. During the 2018 midterms, a handful of House districts won by the president two years earlier flipped in favor of Democratic candidates.

Gaetz claimed lawmakers from districts like those may have to answer for their party's activities since that time.

"I don't know what they're going to tell people who were promised, especially in these districts that Donald Trump won, that their member of Congress would go and work with the president to try to help folks," he said.

"Instead, they are caving to the most radical fringes of the left-Democrat base, because I think they're afraid of him."

However, Gaetz also said he believes House Speaker Nancy Pelosi, D-Calif., is similarly anxious about the progressive wing of her caucus, including the four members dubbed "The Squad."

In addition to Gaetz, Rep. Mo Brooks, R-Ala., joined host Mark Levin and discussed the Trump-Ukraine phone call, the impeachment inquiry itself, and the president's claims of wrongdoing on the part of the Bidens.