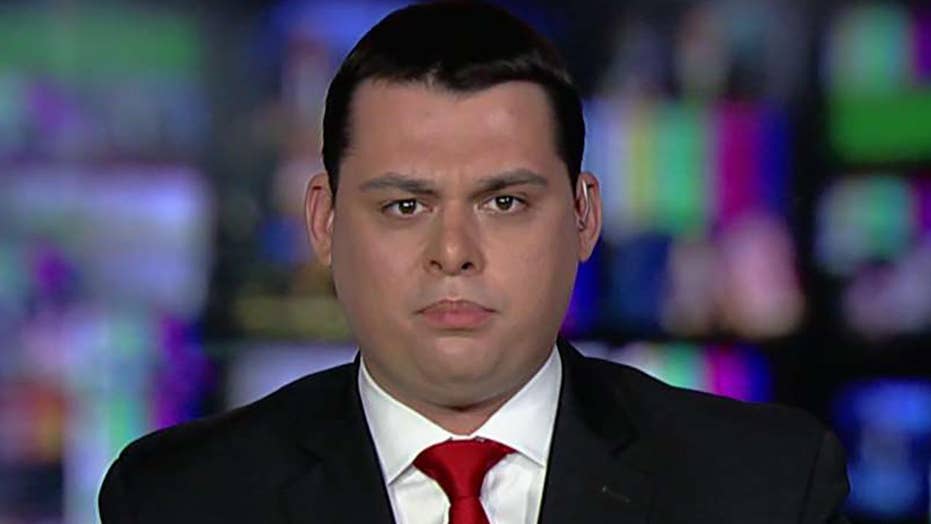 Dan Caldwell weighs in on the watchdog report findings.

Dan Caldwell, a senior advisor at Concerned Veterans for America, appeared on "Fox & Friends Weekend" Sunday, and addressed the issue of soldiers being denied more than $50 million in medical insurance coverage.

A new Inspector General's report published in August found over $53 million in legitimate claims were rejected  during a six-month period, leaving more than 17,000 veterans without care.

"This isn’t a new problem at the Department of Veterans Affairs," Caldwell said. "Going back to 2011... we [got] calls from veterans in our district all the time, that were getting bills from private medical providers that the VA sent them to because they couldn’t properly process claims in time.

"It got worse in 2014 when the Obama administration was implementing the new VA choice program. So this isn't something new."

Veteran claims will be underpaid by $533 million over the course of five years if the errors continue, the report also found.

"The audit revealed that a portion of those denied and rejected claims should have been approved," the report reads.

"The OIG estimated that about 17,400 veterans, with bills totaling at least $53.3 million, were negatively affected during the audit period. The OIG estimated that if corrective actions are not taken, these errors could result in $533 million in improper underpayments to claimants over five years."

Caldwell said these mistakes are par for the course, but expressed optimism for the future, and praised the changes being made by the Trump administration to fix the problem.

"It’s because the VA's billing and collection systems are really outdated and overly cumbersome," he said. "The good news is, though, that the administration under President Trump... [is] implementing reforms that will hopefully fix this."

Caldwell added, "I think that this current administration has made reforming and fixing the VA a priority... I think for President Trump, overall while there’s still work to do, the VA is a real success story. However, this is one of the largest government bureaucracies. There's a lot of systemic, structural issues that have been in place for decades and it’s, unfortunately, going to take time to fix it."