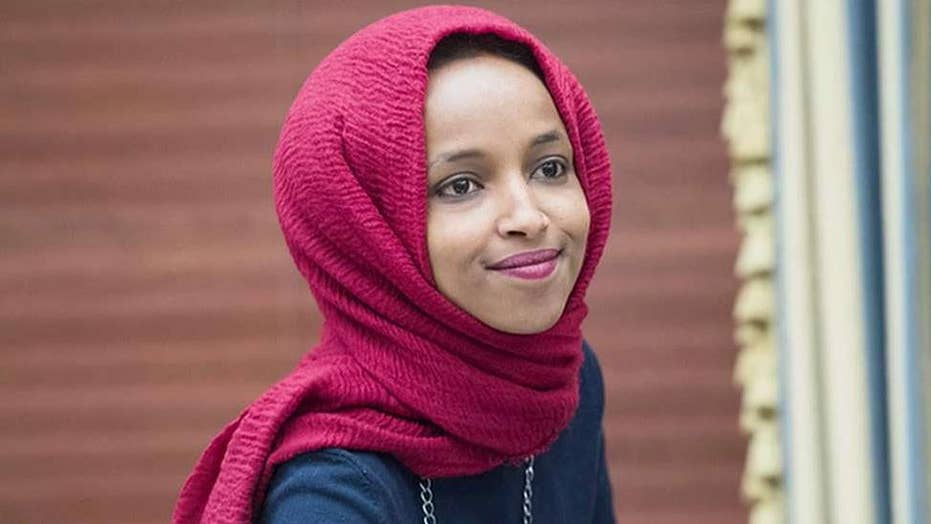 "If Omar and Tlaib had just gone to Israel and then they had done their little propaganda tour about how Israel is evil and shouldn't exist -- then their ten fans would cheer and everybody else would sigh and roll their eyes," Shapiro said. "This is actually giving Omar and Tlaib what they want in terms of PR so they can falsely claim that Israel doesn't tolerate dissent."

Israel announced earlier Thursday they would be barring Omar and Tlaib from entering the country, with Prime Minister Benjamin Netanyahu saying the lawmakers' itinerary "reveals that the sole purpose of their visit is to harm Israel and increase incitement against it."

President Trump expressed his dismay over the potential visit on Twitter shortly before the decision was announced and urged the lawmakers' constituents to vote the two women out of office.

"It would show great weakness if Israel allowed Rep. Omar and Rep.Tlaib to visit. They hate Israel & all Jewish people, & there is nothing that can be said or done to change their minds. Minnesota and Michigan will have a hard time putting them back in office. They are a disgrace!" wrote Trump, who added, "Representatives Omar and Tlaib are the face of the Democrat Party, and they HATE Israel!"

Shapiro claimed Israel had given Omar and Tlaib the press coverage they wanted by rejecting their request and said it allows the Democrats and their supporters to paint Israel as being close-minded and intolerant.

"On an intellectual and moral level, they have no duty to bring in Omar and Tlaib. On a PR level, it's a big mistake," he said. "It's a PR blunder for them to give Omar and Tlaib what they want, which is to make the state of Israel look intolerant."