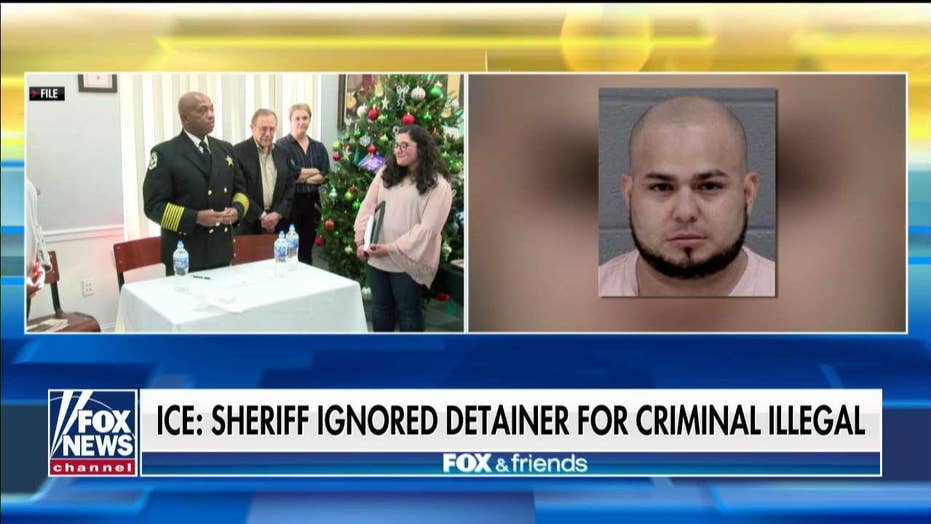 After a North Carolina sheriff released an illegal immigrant on bond in a rape case, former acting ICE director Tom Homan said he should have called the federal government and had the suspect detained.

After a North Carolina sheriff released an illegal immigrant on bond in a child rape case, former acting ICE Director Tom Homan said the law enforcement officer should have called the federal government and had the suspect detained.

The suspect was finally apprehended by federal authorities, two months after Mecklenburg County Sheriff Garry McFadden ignored an ICE detainer order and released him from custody.

"Mecklenburg County wants to be a sanctuary county. This sheriff has made a choice to stop being a cop and be a politician," Homan said on "Fox & Friends Weekend."

Homan said this is a common practice among local law enforcement and began listing cases where suspects were released on bond, despite being accused of heinous crimes while in the country illegally.

"I wrote a few cases down," he said. "Numerous sex offenses, people arrested for assault and larceny -- assault with a deadly weapon, rape with indecent liberties with a child, numerous drug offenses, felony possession of a gun,  assault by strangulation... These are the type of people he’s releasing, rather than calling ICE."

Charlotte police arrested Oscar Pacheco-Leonardo on June 14 on charges of rape and indecent liberties with a minor. Records show Pacheco-Leonardo was accused of having sex with a child under the age of 13. He was due to appear back in court in October.

Homan claimed the statement does not excuse McFadden from his responsibilities, and said he should have contacted ICE immediately.

"He has a telephone. Pick up the phone and call ICE," he replied. "Let’s say his lawyers say, 'don’t honor the detainer we think there's a liability issue'... You can pick the phone up and call ICE before you release that person. It doesn’t cost him anything."