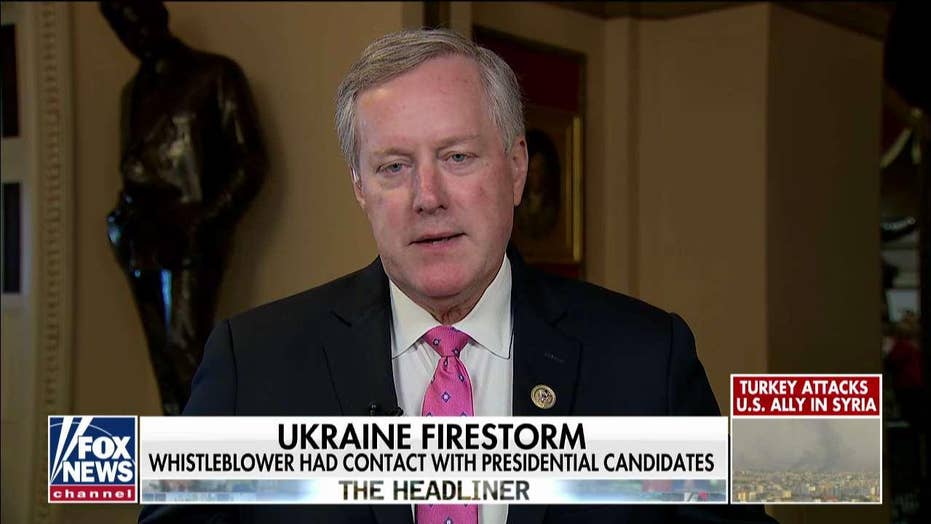 Rep. Mark Meadows, R-N.C., called for Rep. Adam Schiff's, D-Calif., removal and said criminals have better legal protections than Trump has had during the impeachment process.

"Listen, hardened criminals have better protections than the president of the United States right now on the way that this investigation is being conducted," he said.

Meadows also called for the removal of Rep. Adam Schiff, D-Calif., as the head of the impeachment probe and said Speaker Nancy Pelosi's partisanship prevents her from acting as a fair arbiter over the process.

"She's not [going to remove Schiff] because she's partisan in that," he said earlier in the segment. "But here's what we do. She could actually change the jurisdiction back to where it should be. She could have a vote on the House floor. She could give protections to the president." 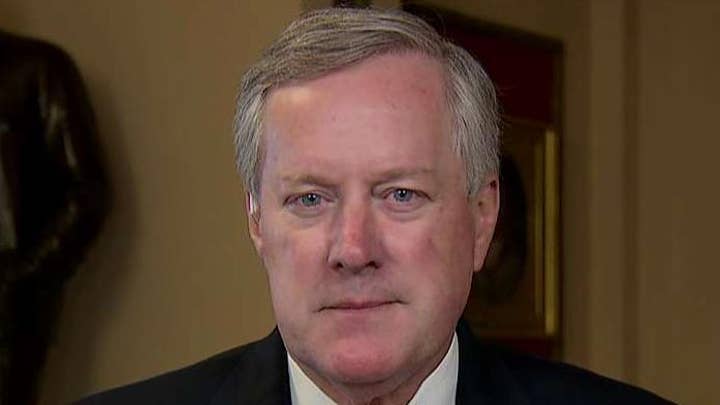 Meadows said Schiff is also incapable of being neutral and echoed calls from Rep. Jim Jordan, R-Ohio, for him to release the full transcript of Ambassador Kurt Volker's closed-door congressional testimony.

"Chairman Schiff is not a neutral arbiter," he said. "We saw that when he made up the actual conversation. He did what he called a 'parody.' But most of America didn't know it. He made that up."

"I was actually in the interview with Ambassador Volker for almost 10 hours. What we saw were releases of text messages that didn't actually correspond with the unbelievable testimony that ambassador Volker had," Meadows continued. "Let's release those transcripts. This is all about politics. This is all about Adam Schiff trying to make sure that President Donald Trump doesn't get reelected."

A Fox News poll released Wednesday showed public support for impeachment at a new high, with 51 percent of respondents saying Trump should be impeached and removed from office.