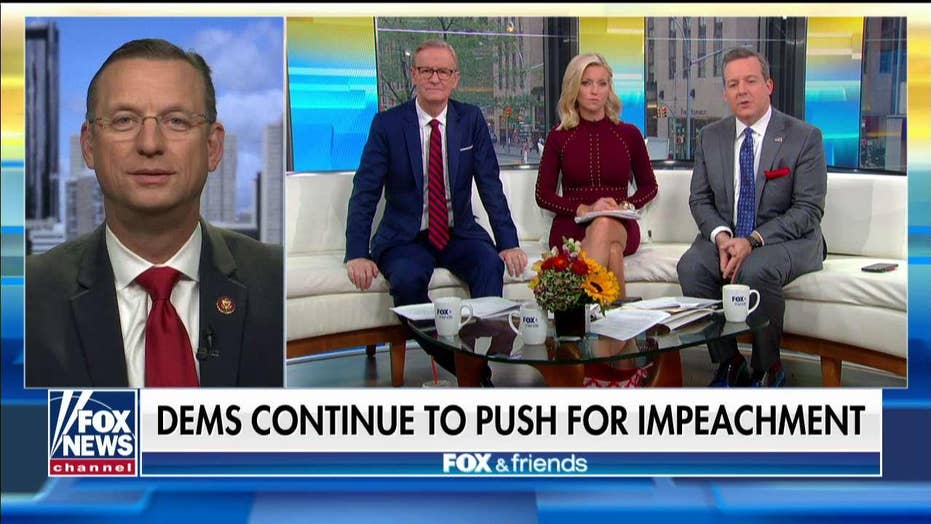 "What [Democrats] decided is... we are going to do this behind closed doors, away from the view of the American people, which is un-American," he said. "It's not what we are about. It's not due process. "

"In the end... it's going to backfire on them because the American people are not going to stand [for] a partisan witch-hunt."

Collins said when Republicans get their shot at calling witnesses they'll do it in view of the public, and will not rely on leaks to shape their narrative. He also said Hunter Biden is at the top of their list for his ties to the Ukranian gas company Burisma Holdings. 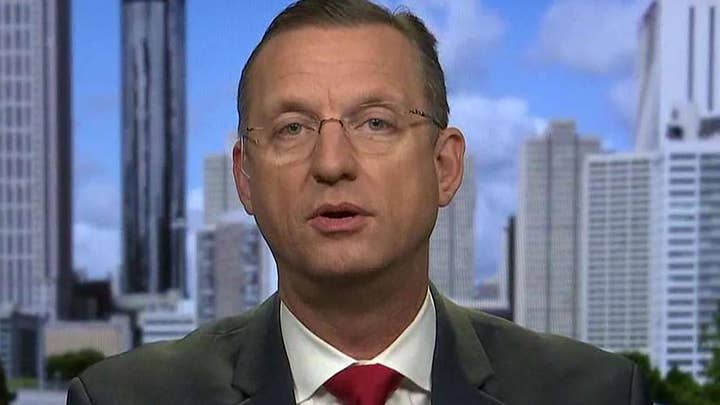 "If you're going to have an impeachment inquiry, let's do it by the light of day," he said. "Don't hide behind the... intelligence community -- where you can you hide, you can leak, as Adam Schiff is a prolific leaker... Let's put witnesses up there that not only have [Democrats'] point of view."

"Why not Hunter Biden?" Collins added. "Why not have the [Ukraine] ambassadors there? Why not have others from the administration ... who would have input into the process."

Collins also echoed the call from Rep. Jim Jordan, R-Ohio, for the release of Ambassador Kurt Volker's full closed-door testimony, to address the accusations of a quid pro quo arraignment between Trump and Ukraine.

"From every indication from those actually in the room, the reason the Democrats are not releasing that transcript is because it goes against the entire narrative that they want to paint -- that there was this quid pro quo. That there was this pressure on the Ukrainian president. They don't want to put it out because they're ashamed."

"The American people are only hearing the one-sided partisan attack from Schiff and [Nancy] Pelosi," Collins concluded.