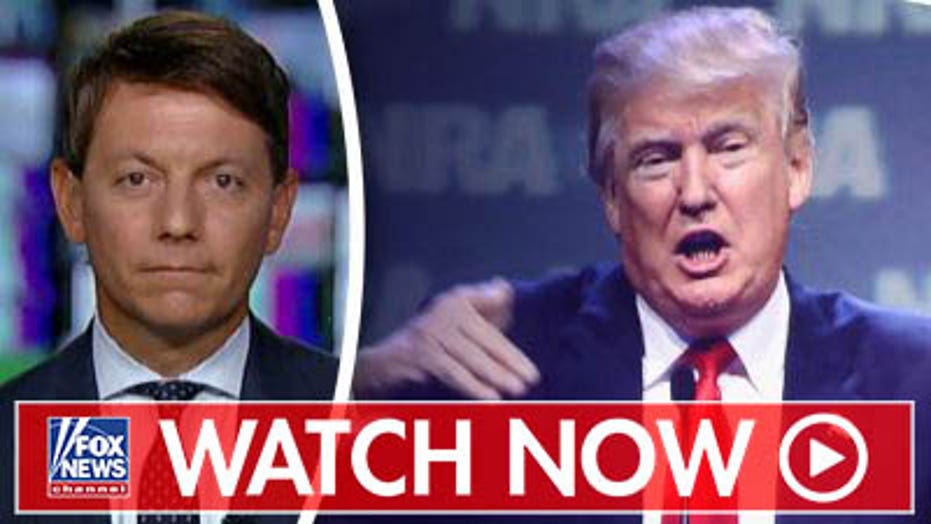 President Trump is open to stricter background check legislation, but Democrats are being unhelpful with their all-or-nothing approach, according to White House Principal Deputy Press Secretary Hogan Gidley.

The president has been clear that he is seeking solutions to gun violence, but at the same time does not intend to infringe on Second Amendment rights, Gidley said Wednesday on "The Story."

"The president was very clear about what he wanted moving forward, and that was meaningful background checks," he said.

"I was in that meeting where the president spoke to [National Rifle Association executive vice president] Wayne LaPierre," Gidley added.

In a Tuesday tweet, LaPierre said he spoke with Trump about preventing gun violence.

"@realDonaldTrump is a strong [Second Amendment] president and supports our right to keep and bear arms," he said.

Wednesday night, "The Story," host Martha MacCallum asked Gidley about a claim Trump made during a White House meeting in the aftermath of the 2018 Parkland, Fla. school shooting.

In a clip, Trump appeared to interrupt Sen. Patrick Toomey, R-Pa., -- who has worked with Sen. Joe Manchin, D-W.Va., on the background check issue since 2013 -- saying, "you know why, because you're afraid of the NRA."

"They have great power over you people. They have less power over me," the president later said.

In response, Gidley pointed to what he considered meaningful action taken by Trump in response to the Parkland tragedy as well as other mass shootings.

The White House spokesman said Trump was able to sign "Fix NICS" legislation, which works to ensure states submit information about firearms-prohibited individuals into an FBI database in a timely manner. Currently, the National Instant Criminal Background Check System is employed for sales involving licensed firearms dealers, which constitute the majority of all firearm sales.

"Every time we have one of these tragedies, the president comes out and says like today, 'I'm for meaningful background checks,' and what the left says is 'no, unless you're for saying to Hell with the Second Amendment and taking guns away from law-abiding citizens, then you are responsible for the deaths of people across this country'," he said.

"That is absolutely a disingenuous argument, but it is also very dangerous."