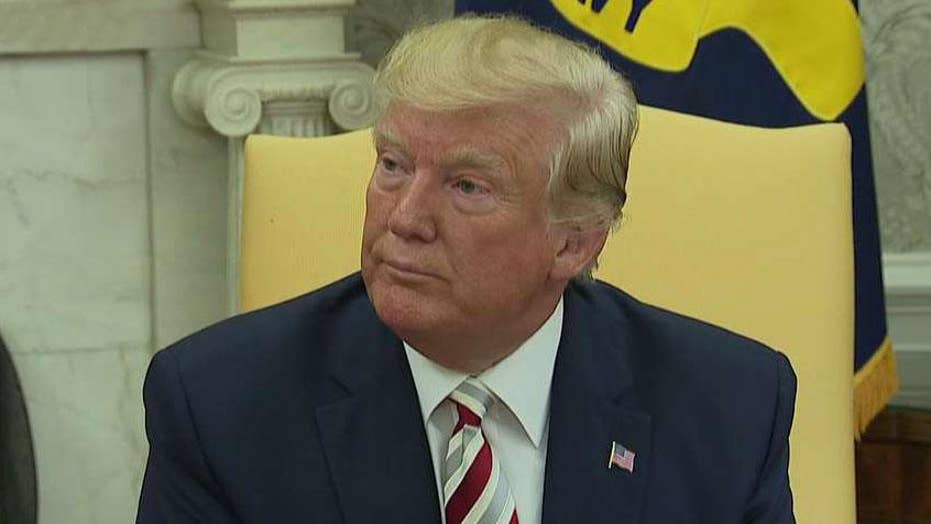 HBO host Bill Maher ridiculed Rep. Rashida Tlaib, D-Mich., on Wednesday, suggesting the freshman congresswoman was childlike after she called for a boycott of his TV show.

"Some people have one move only: boycott. Cancel. Make-go-away," Maher wrote, apparently echoing phrases toddlers use. "But here’s the thing, the house voted 318 to 17 to condemn the #BDS movement, including 93% of Dems. Does Tlaib want to boycott 93% of her own party?"

Maher's tweet appeared to refer to a July vote in which the House overwhelmingly approved a measure opposing the Boycott, Divestment, and Sanctions (BDS) movement against Israel.

MARC THIESSEN: IF OMAR AND TLAIB CAN BOYCOTT ISRAEL, WHY CAN'T ISRAEL BOYCOTT THEM?

Among the 17 who opposed the resolution were Reps. Tlaib, and Ilhan Omar, D-Minn., both of whom Israel blocked from entering the country due to their positions on BDS.

Omar specifically pushed a resolution affirming the right to boycott Israel and both of the congresswomen used a travel itinerary that appeared to deny Israel's existence as a sovereign nation.

After Tlaib received permission to visit her grandmother in the region, she balked at the condition that she wouldn't promote boycotts against Israel — something she previously agreed to in a letter to the Israeli government.

Amid the controversy, Maher fiercely criticized the BDS movement on Friday. "BDS a bull---- purity test by people who want to appear woke but actually slept through history class," he said.

"It's predicated on this notion ... I think it's very shallow thinking that the Jews in Israel are mostly white and Palestinians are mostly brown, so they must be innocent and correct and the Jews must be wrong," he said.

"As if the occupation came right out of the blue, that this 'completely peaceful people' found themselves occupied. Forget about the intifadas and the suicide bombings and the rockets and how many wars."

Tlaib responded on Saturday by comparing Maher's commentary to tactics used to block protests against apartheid in South Africa.

"Maybe folks should boycott his show," she said. "I am tired of folks discrediting a form of speech that is centered on equality and freedom."