Lieberman on Trump and Cummings dispute

Lieberman on Trump and Cummings dispute

The war of words between President Trump and Rep. Elijah Cummings, D-Md., exemplifies how confrontational politics can be problematic for the country, according to former Sen. Joe Lieberman, I-Conn.

If the president has a point of contention with Cummings, the House Oversight Committee chairman, he doesn't have to make it personal, Lieberman claimed Monday on "Your World."

"He's built up a pretty good record on the economy... When it comes to minority groups, they're doing better than they did before. 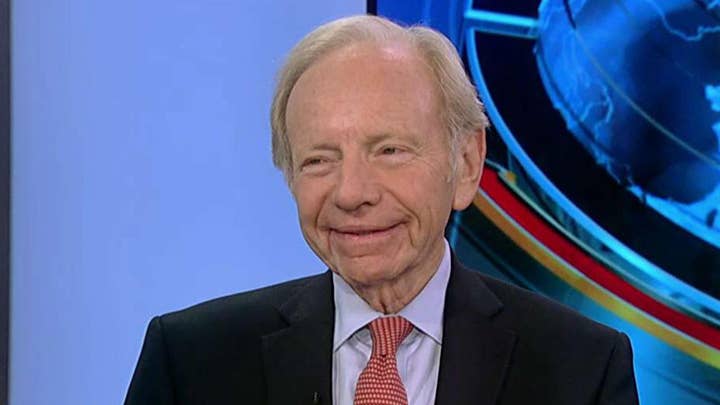 "I think he should leave it at that because this attack-counterattack politics really brings the country down."

On Sunday, Trump called Cummings a racist and demanded he focus on the needs of his district -- which includes parts of urban Baltimore and much of suburban Howard County.

“If racist Elijah Cummings would focus more of his energy on helping the good people of his district, and Baltimore itself, perhaps progress could be made in fixing the mess that he has helped to create over many years of incompetent leadership," the president tweeted.

The day before, Trump said the congressman’s district was in “FAR WORSE” shape than the situation at the southern border.

In his interview with host Neil Cavuto, Lieberman said he knows Cummings to be a lawmaker willing to work with those he disagrees, clarifying however that Trump burned any bridges with the 68-year-old Democrat to that extent.

"If I've got a gripe with something Elijah Cummings said, I'd take on exactly what he said that I don't like," the 2000 vice presidential candidate said.

"I know Elijah Cummings from my years in the Senate. I worked with him, he's a man you can work with. I actually believe he's a person President Trump could work with -- but I don't think anymore."

Of Trump, Lieberman added, "He's the president, and what he says affects the tenor of politics and life in our country."