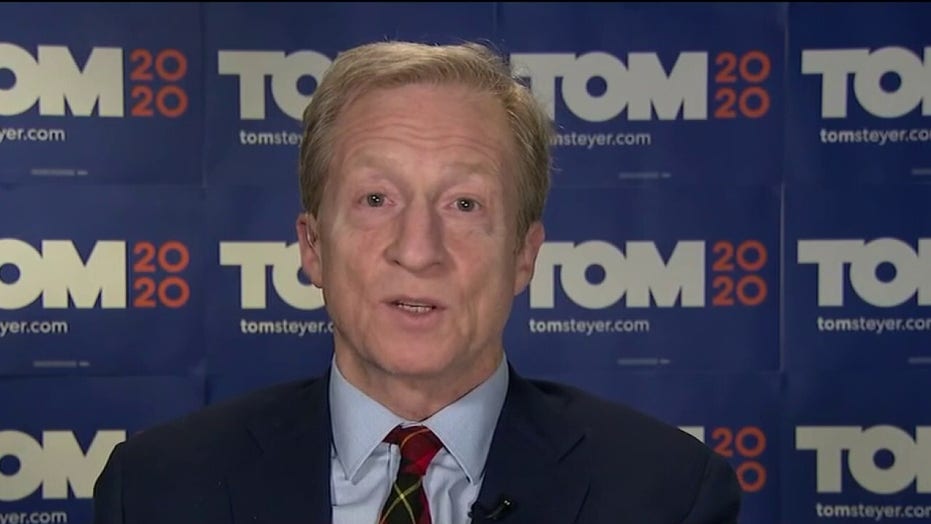 Following the latest presidential debate in Las Vegas, billionaire 2020 Democratic hopeful Tom Steyer on Friday acknowledged that the Democrats did not perform well, leading to a political victory for President Trump.

“I think the people that are saying that Donald Trump won the debate are telling the truth,” Steyer told “Fox News @ Night" late Thursday. “I think that the Democrats on stage were so busy attacking each other that they forgot that the actual job is to tell the American people how we're gonna do a better job for them than Donald Trump can do.” 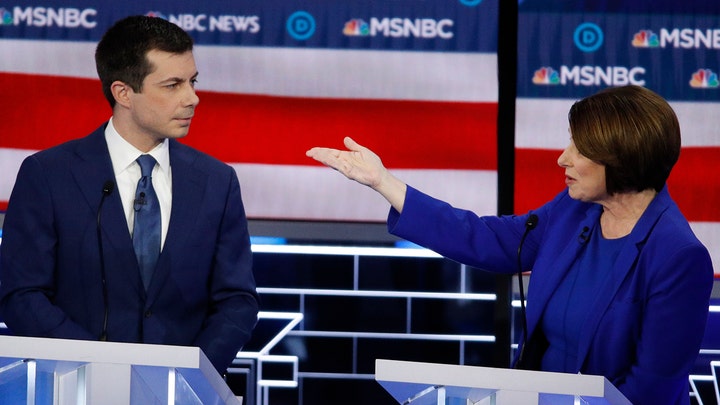 In the wide-ranging event that resembled a casual conversation at points, Trump also assessed that "Mini Mike" Bloomberg "didn't do well last night" and declared Amy Klobuchar's presidential campaign dead because she dejectedly asked former South Bend, Ind., Mayor Pete Buttigieg at the debate if he was calling her "dumb."

Trump again called Buttigieg "Alfred E. Neuman," after the scrawny fictional character, and advised Klobuchar, "You don’t say that, even if it's true!"

Steyer claimed he is the right person to unite the Democratic Party and build a coalition of minorities, including Asians, African-Americans and Hispanics.

Steyer failed to generate much momentum after the Democrats’ early contests in Iowa and New Hampshire, but he’s poised for better results in Nevada and South Carolina, and he credits that to more than just money.

Steyer has pumped over $200 million into his campaign, but he has also been on the ground in those states. According to a RealClearPolitics average, Steyer has been polling fourth in Nevada and third in South Carolina, both ahead of Buttigieg. Steyer said he wanted to finish in at least second place in those states.