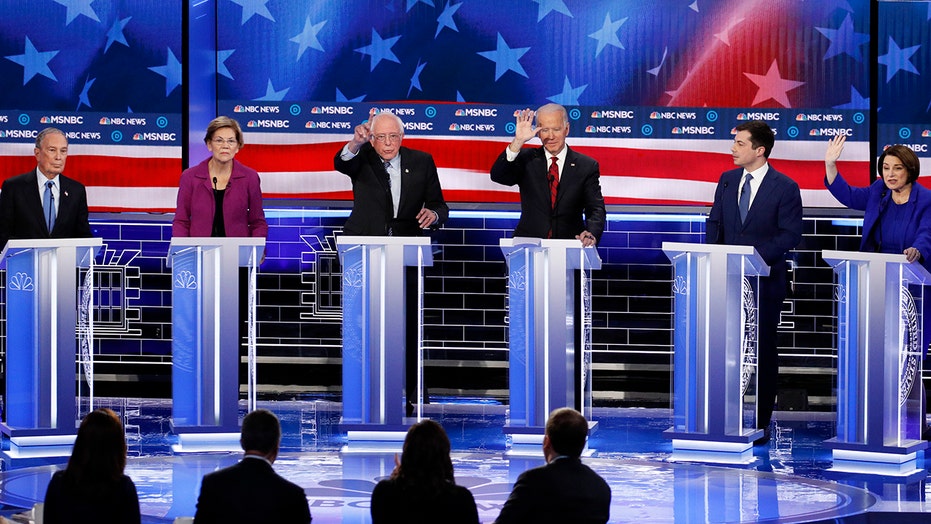 Multibillionaire Michael Bloomberg landed in Las Vegas like a highly anticipated show on the Strip. But when he took to the stage with five competitors for the Democratic presidential nomination Wednesday night, their debate immediately became an Ultimate Fighting Championship match.

Sen. Elizabeth Warren, D-Mass., landed the most blows and won the night. Warren would not be ignored or denied.

Warren flattened Bloomberg out of the gate using his own words against the former New York City mayor and he never recovered. As a result, voters got to see the real Warren, who was the front-runner last fall. And they saw the real Bloomberg, not the filtered one seen on paid TV ads and in social media.

Warren’s strong performance helped her at a time when she needs it most and hurt Bloomberg so badly that he may not recover.

If you are a presidential candidate at this stage of the campaign and you aren’t helping yourself then you’re hurting yourself and losing ground. The other candidates on stage didn’t help themselves – and that means they hurt their prospects.

There was one winner and five losers at the end of the debate – Sen. Bernie Sanders of Vermont; former Vice President Joe Biden; Sen. Amy Klobuchar of Minnesota; former South Bend, Ind., Mayor Pete Buttigieg; and Bloomberg, who turned out to be the biggest loser of all.

With Bloomberg standing to her right Warren landed a left to the jaw with a shattering exchange using his own words about women against him. She then used his nondisclosure agreements, the stop-and-frisk tactic employed by police primarily against minorities when he was mayor, and his vast fortune estimated at more than $60 billion against him too.

Warren continued to hit Bloomberg by using his record as a weapon while she highlighting her own in stark contrast. Bloomberg was unable to respond effectively and his poor performance can’t be fixed by the hundreds of millions of dollars in ads he is buying.

But, that was just the start for Warren. She was determined to be heard and make her mark and she did just that.

Warren spent the debate drawing a sharp contrast with her opponents, making the case for herself for all to see, and laying out her plans. Most of all, Warren demonstrated once again that she could take on Trump and that may be the thing that helped her the most. That fiery Elizabeth Warren has been missing in debates and on the campaign trail of late and she came roaring back Wednesday night.

Warren comes out of this debate with a lot of momentum. If she can capitalize upon it then the results of three big contests from this Saturday to Super Tuesday will reflect it – and will put her back in race as the progressive capitalist.

WHAT STATES VOTE ON SUPER TUESDAY?

Bloomberg’s performance was a disaster. He was not the Bloomberg of his ads in this debate – and that’s now a big problem for him. Spending hundreds of millions of dollars on ads has bought Bloomberg name recognition, good poll numbers and a pole position in the debate – but no amount of money can guarantee a great debate performance.

And that was the case Wednesday night. Voters will see clips of this performance on TV and read about it for days, and it will seriously hurt Bloomberg’s standing in the presidential nomination race.

Warren exposed the real Michael Bloomberg and it was not a pretty picture. It was Warren’s relentless challenge to Bloomberg on a host of issues – including his treatment of women who worked for him and his refusal to release them from nondisclosure agreements – as well as his treatment of people of color with his stop-and-frisk policy.

Bloomberg’s attempts to apologize and explain only made the situation worse. His apology came off as more about convenience than sincerity – and that will register with voters too.

Finally, Bloomberg also sounded a lot like President Trump when asked about releasing his tax returns, raising issues about his lack of transparency. Bloomberg leaned on the fact that he entered the presidential nominating race late, after a deliberate decision to skip the first four contests that require retail politics and the vetting he was experiencing during the televised debate.

By the time Bloomberg releases his tax returns, it will likely be after the Super Tuesday primaries March 3, after a big chunk of primary votes will have been cast. When you add the issue of his taxes to his treatment of women and people of color, Bloomberg will seem a lot more like Trump than the guy who can beat Trump to a lot of voters following his weak debate performance.

Sanders is the front-runner in the polls and in a close second place in the competition for delegates following the Iowa caucuses and the New Hampshire primary, but he missed the chance to put this race away with a strong performance Wednesday night.

Instead, the self-described democratic socialist who represents Vermont was repeatedly questioned about his lack of transparency regarding his medical records, his recent heart attack and the cost of his “Medicare-for-all” plan. All this could hurt him.

Clearly, Sanders has decided it is better to take the heat than release his complete medical records in addition to letters he has provided from doctors. But the issue of transparency could hamper Sanders in the remainder of this race.

It wasn’t a bad performance by Sanders. He hit Buttigieg early in the debate – a smart move since Buttigieg is cutting into Sanders’ support among young voters.

Sanders also hit Bloomberg at points in the second hour of the debate. But that didn’t make up for the hits Sanders took early in the night.

The question is whether the lack of transparency by Sanders on several fronts takes hold and hurts him in future contests. We will find out in the next two weeks. If not, then Sanders could continue to add to his delegate count and that could give him an insurmountable lead when the results come in on Super Tuesday.

Buttigieg is the leader in delegates at this early stage from his strong finish in Iowa and New Hampshire. He used the debate to land a few blows on Sanders, with whom he’s locked in a delegate fight. The former mayor also hit Klobuchar, who he is competing with for moderate voters.

While Buttigieg didn’t hurt himself that also means he didn’t help himself. We will see how that factors into the results of the Nevada caucuses Saturday, but the debate was a missed opportunity for him to solidify his status as the early front-runner in the delegate count.

In addition, Buttigieg and Klobuchar had a number of exchanges in their fight for moderate voters. In fact, Klobuchar cost Buttigieg a win in New Hampshire and that dynamic is unlikely to change after Wednesday night’s debate. It was a good but subtle strategy on a night that called for stronger performance by Buttigieg to accelerate his momentum in this race.

Klobuchar’s last strong debate performance helped her raise $12 million in badly needed campaign contributions and go from the back of the pack to win third place in the New Hampshire primary.

But the senator from Minnesota didn’t deliver that kind of performance Wednesday night. Instead, we saw the Klobuchar of previous debates rather than the star performer of the last debate that gave her the momentum and most undecided voters in the last 72 hours of the New Hampshire primary campaign.

Klobuchar’s challenge will be to convince Nevada voters and a national audience that her performance wasn’t a one-hit-wonder.

Biden’s sights may be set on the Feb. 29 South Carolina primary – where he is counting on strong support from the large number of African-American voters – but he needed to roll the dice to deliver a strong performance Wednesday night to look like a winner.

Instead, Biden did nothing to help himself. He looked like a tourist in Las Vegas rather than someone who should own the stage. Biden did little if anything to reassure voters he’s the best one to take on Trump or stem his slide in the polls. And that’s more bad news for Biden in this race.

Nevada voters began early caucusing this week and when we see results of their caucuses Saturday we will have a stronger indication of where the Democratic nomination battle is headed.