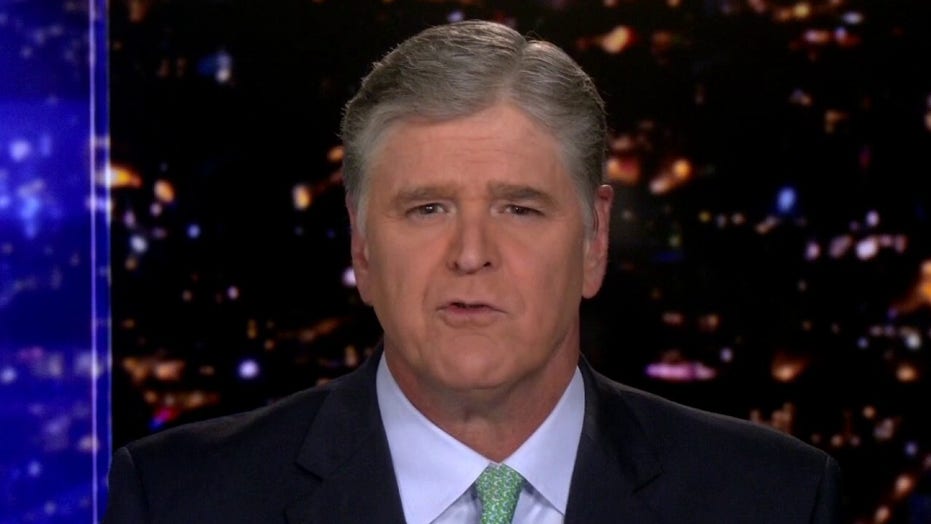 Democratic Party leaders are "threatening ... to upend every precedent we have ever had" in the political battle over choosing a successor to late Supreme Court Justice Ruth Bader Ginsburg, Fox News host Sean Hannity said Monday.

The "Hannity" host cited statements by Senate Minority Leader Chuck Schumer, D-N.Y. and Sen. Richard Blumenthal, D-Conn. that "nothing is off the table" if a nominee is confirmed before the election and Democrats take control of the Senate next year.

Hannity then called out out House Speaker Nancy Pelosi, D-Calif., who declined on Sunday to rule out impeaching the president in order to stall the confirmation process.

“We have our options. We have arrows in our quiver that I’m not about to discuss right now, but the fact is we have a big challenge in our country,” she told ABC's "This Week."

"Arrows in the quiver, wow, OK, here we go ... The Democratic strategy is clear, it is predictable, and it is dangerous," Hannity responded. "Democrats, the media mob, their state-run TV across the country, their allies all over, they want to upend our entire system of precedent, the entire thing.

"They're throwing a massive temper tantrum, they're smearing President Trump, they will absolutely vilify any nominee," he added. "This is now a common practice for Democrats. It's actually a term. We call it Borking after what Senate Democrats did to Judge Robert Bork [in 1987].

"No matter who the president nominates, no matter who is qualified or how qualified or how reputable he or she -- apparently a she -- will be, Democrats will wage a smear, slander, besmirchment campaign the likes of which this country has never seen. What do they care? They've only dragged the country through the mud for four years."