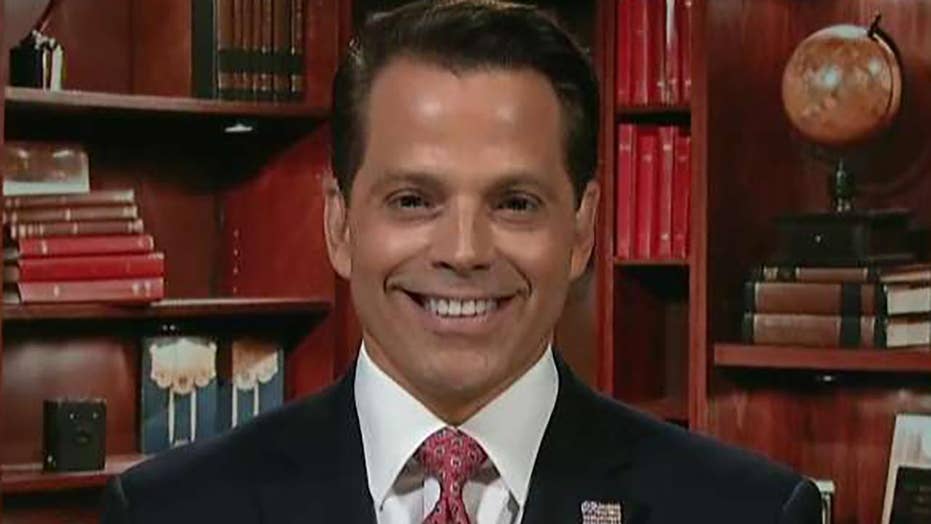 Former White House Communications Director Anthony Scaramucci claimed on Thursday that he knew people within the White House who hated President Trump's "guts" but were terrified to criticize him.

"We both know people inside the building," Scaramucci told CNN host Chris Cuomo, "that are whispering to each other that 'O.K., those guys are right -- are they going to come for our help?' I mean, it's like a hostage crisis inside the building."

"They absolutely hate the guy's guts but they're scared out of their minds. Look at what he did to me and my wife this week," Scaramucci said.

His comments came as he and the president traded barbs over social and broadcast media. On Tuesday, for example, Trump tweeted that Scaramucci was "just another disgruntled former employee who got fired for gross incompetence!"

SCARAMUCCI LAUNCHING PAC TO 'DISMANTLE' TRUMP: I CAN POSSIBLY MOVE 'EIGHT PERCENT' OF HIS VOTERS

Trump was acting like a fascist, Scaramucci argued, by putting the spotlight on him.

Scaramucci went on to call Trump a "basket case," pointing to his comments like being the "chosen one" for fixing trade with China.

In recent weeks, Scaramucci has emerged as a vocal critic of Trump for what he described as "racist" statements on the president's part.

He's also launching a PAC in order to "dismantle" Trump and claims he could potentially sway as much as eight percent of Trump voters.

"His feelings just seem to be hurt," Grisham previously said while responding to Scaramucci's criticism of Trump's mental health.

Scaramucci's comments heightened suspicion that Trump faced internal opposition to his agenda. Some confirmation for those suspicions came in September 2018 when an anonymous senior official published an op-ed denouncing the president in The New York Times. "I Am Part of the Resistance Inside the Trump Administration," the title read.