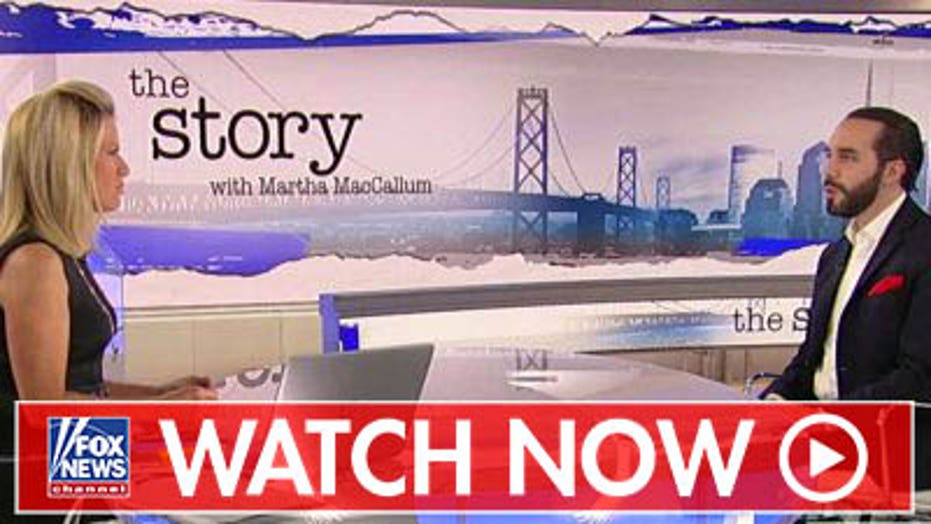 El Salvador President Nayib Bukele said his country must tackle the problems that lead to a large number of his people seeking asylum in the U.S.

Bukele, like President Trump, spoke at the United Nations this week, with the American leader telling Central Americans they should not enlist the help of smugglers to get them into the U.S. because the government will not allow them in.

"Do not pay the smugglers, do not pay the coyotes, do not put yourself in danger," Trump said. "If you make it here you will not be allowed in. You will be promptly returned home."

In an exclusive interview Thursday on "The Story," Bukele, 38, told Martha MacCallum when he sees the high volume of people fleeing El Salvador he understands there are domestic factors that lead to the exodus. 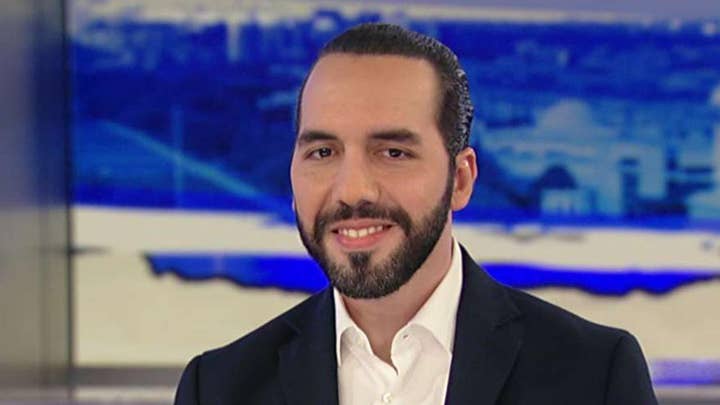 "We have a problem that we have to fix in El Salvador -- We have been sending migrants to the United States and elsewhere since the 80s and now we have almost a quarter of our population living abroad," he said.

"When you have your own people fleeing their homes it's not because they found a job somewhere else... then you have something to fix in your country."

"Whose job is it to fix? El Salvador's job."

Bukele pointed to previous administrations in San Salvador that have not helped stem the flow of migrants out of the country nor accepted responsibility for the problems.

He said there are other Central American nations with poverty and other systemic issues that are not in the same position.

Bukele pointed to Costa Rica, saying that nation doesn't "send migrants away" but has instead taken in migrants from countries like Nicaragua.

"We want to change the fact that the country doesn't send migrants forcibly away," he said, hoping for a day when Salvadorans "have their dreams come true at home."