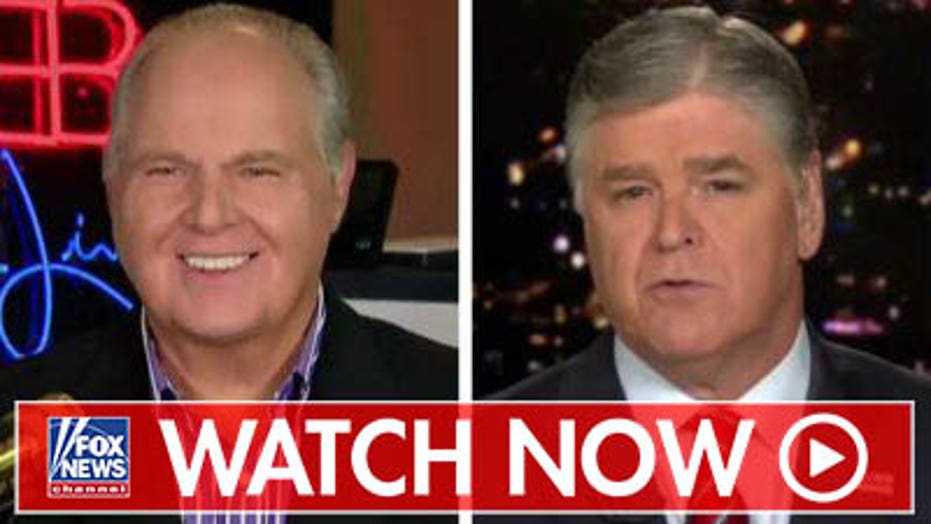 President Trump was correct to criticize decades of liberal leadership in cities like Baltimore that suffer from crime and other issues in some neighborhoods, according to Rush Limbaugh.

Republicans too often appear timid in the face of critiques from Democrats and the media, but the president is showing the GOP how to defy their expectations, Limbaugh claimed Thursday on "Hannity."

"I want people to look at the Democrats -- I'm sick and tired of being afraid of these people," he said. 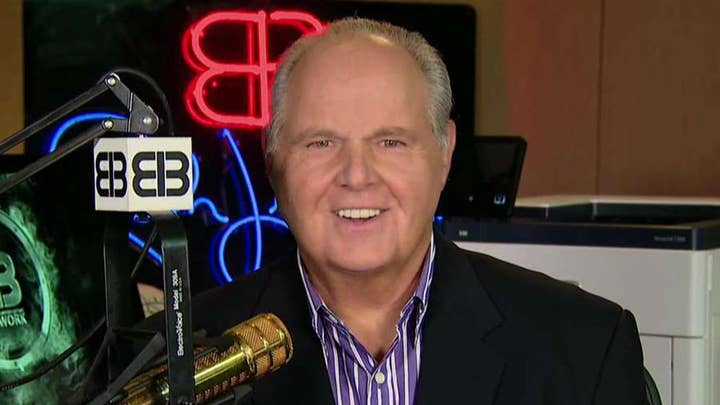 "Donald Trump is showing how people on our side can win."

Of the president being called a racist for criticizing Rep. Elijah Cummings, D-Md., and parts of Baltimore that lie in Maryland's 7th Congressional District, which Cummings represents, Limbaugh said the newfound attention should be welcome.

"When the Democrats run cities or towns or states with one-party rule, those places are suffering greatly -- the people there are suffering," he said.

"And, nobody ever calls them out on it because you can't -- because the Democrats are supposedly the ones with compassion."

He pointed to a 1999 video recirculated by Trump that shows Cummings criticizing Charm City similar to the way the president did this week.

"Nobody said it was racist back then," he said. "This fear of being called a racist -- everybody needs to get over that now -- because all of us are 'racists' -- they can't talk about anybody now without labeling them racist.

"This thing Trump did about Baltimore -- it's about time this is called out."

The Palm Beach, Fla.-based radio host added he believed the president is leading the way in, "showing a lot of people how to take these people on."