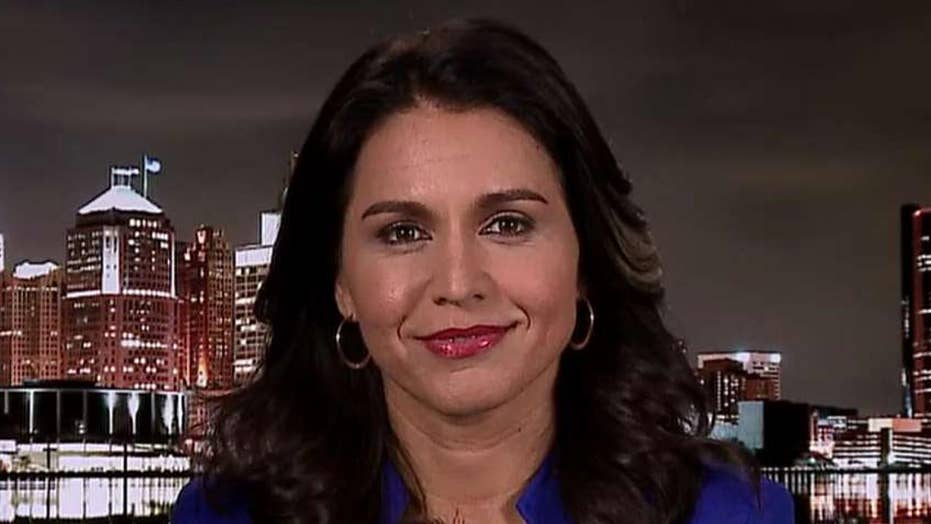 Rep. Tulsi Gabbard, D-Hawaii, slammed MSNBC during a contentious interview on the network, accusing an anchor of being fed "talking points" from her 2020 competitor, Sen. Kamala Harris, D-Calif.

MSNBC anchor Yasmin Vossoughian pressed the congresswoman Thursday on her views on U.S. relations with Saudi Arabia as well as her January 2017 meeting with Syrian dictator Bashar al-Assad, which she defended by saying she would meet with any leader in pursuit of peace and the safety of Americans.

“When sitting down with someone like Bashar al-Assad in Syria, do you confront him directly and say why do you order chemical attacks on your own people?" Vossoughian asked.

"Why do you cause the killings of over half a million people in your country?" 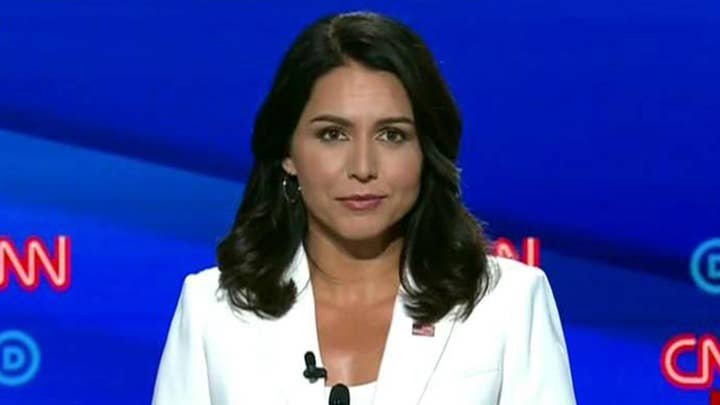 "Look, I want to break this down to what we're talking about," Gabbard responded.

“It’s really a yes or no answer -- do you confront him or not?” Vossoughian continued.

The line of questioning didn't sit well with Gabbard, so much so that she suggested that MSNBC was teaming up a rival campaign.

“You’re talking about a meeting that took place, what, three years ago?” Gabbard shot back. “And every time I come back here on MSNBC, you guys talk to me about these issues, it sounds like these are talking points that Kamala Harris and her campaign are feeding you because she’s refusing to address the questions that were posed to her.”

"It's not a talking point, Congresswoman, it's important," Vossoughian responded.

"It's important, I think, for the American people to have context about your foreign policy issues and where you stand. If you’re leading with foreign policy, a meeting with Bashar al-Assad which I’m sure you understand is a very controversial meeting to take, hence the reason why when you come on MSNBC, it is important to talk to you about it."

“Every single time for three years? This is where the propaganda comes in because I’ve talked about this a lot for the last three years,” Gabbard said. "I will not apologize to you or to anyone, anyone, for doing what I can, all that I can, to prevent our country from continuing the perpetual wrong decisions that have taken a toll on the lives of my brothers and sisters in uniform."

She added: “I will continue to do all that I can to make sure that we end these wasteful regime change wars that have taken such a toll on all of us and that have made our country less safe. And if that means having a meeting with a dictator, if that means trying to meet with Kim Jong-Un in North Korea to de-escalate tensions and remove this nuclear threat from our country and our people, whatever the crisis is.”