Media rushes to defend Obama after 2020 Democratic candidates attack him during debate.

Reacting to Wednesday night's Democratic presidential debate, Fox News' Sean Hannity warned viewers that the Democratic Party has veered to the "far-left" of the spectrum and that the much-hyped event took "failure to a whole new level."

"Candidates on stage have big plans for all of your hard-earned money. This is a new radical, extreme, socialist Democratic Party and without oil and gas the lifeblood of our economy, well, in a matter of weeks the American dream will collapse," Hannity warned on his television show, citing the candidates support for the "Green New Deal."

"As a matter of fact, last night proved even President Obama, as bad as he was as president, is too moderate for this new scary crop of candidates."

This week's debates highlighted the Democrats' progressive frontrunners as some of the lower polling candidates with moderate views pushed against legislation like the "Green New Deal" and "Medicare-for-all." 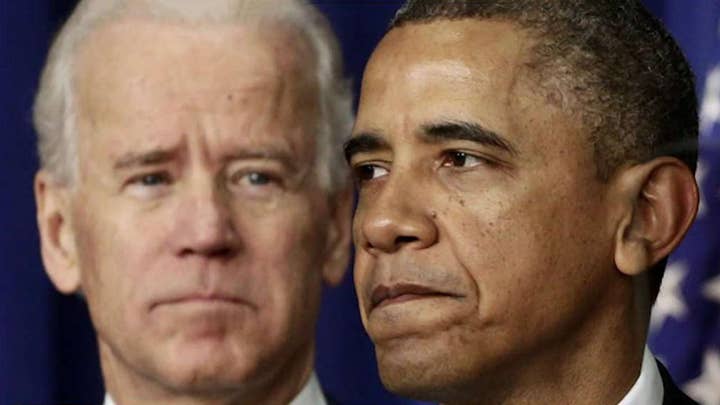 Hannity also called out rival network CNN, who he feels pushed the Russia collusion narrative against President Trump for not bringing up former Special Counsel Robert Mueller or his investigation during the two-night debate.

"Oddly enough what you didn't hear during two nights, five hours of debates on fake news CNN was the name, Robert Mueller. Not a single time," Hannity said. "Now look this is the same network that for over two years every second, minute, hour of every day, nonstop, breathless, hysterical coverage."

The Fox News host believes CNN not mentioning Mueller is proof that the Russia investigation is "dead."

"These debates... pretty much prove the Russia hoax, Mueller, that issue's dead gone and buried. We told you about that a long time ago. But let's not lose sight of a very important fact that was confirmed in last night's debate. There are no moderates running in the Democratic Party," Hannity said.