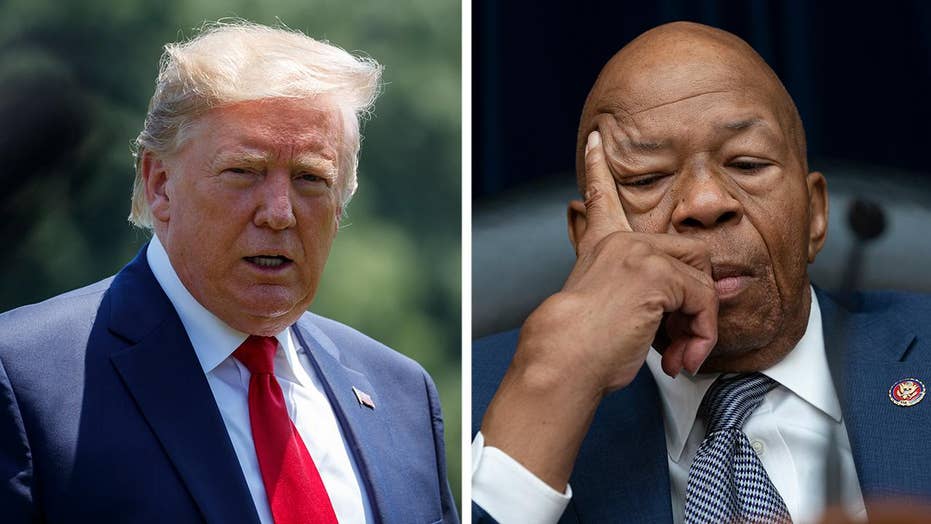 President Trump was wrong to personally attack Rep. Elijah E. Cummings, D-Md., a man widely respected by Democrats and Republicans alike. But Trump was absolutely right when he called Baltimore "dangerous," "filthy" and "rodent infested" -- that is, if you can believe what you read in the "failing New York Times."

In March, the Times Sunday magazine published a heart-rending story titled "The Tragedy of Baltimore," which chronicled the precipitous decline of the city. It described how then-Democratic Mayor Catherine Pugh toured the Highlandtown section of southeast Baltimore, as community leaders showed her a block where prostitutes gathered and there were piles of uncollected garbage and a liquor store that allowed drunks to congregate while pretending to wait for the bus. "'Watch your step,' someone called out as the group neared a dead rat," the Times reported.

The city's "regression has been swift and demoralizing," the Times wrote, adding that officials have "struggled to respond to the rise in disorder, leaving residents with the unsettling feeling that there was no one in charge." One resident contrasted the tourist-friendly Inner Harbor with her West Baltimore neighborhood, where, she said, "we're all bolted in our homes, we're locked down."

Residents are locked down with good reason. In 2017, Baltimore had 343 homicides, a new record for killings per capita -- more than New York City, which has 14 times Baltimore's population. In 2018, there were 309 homicides, and so far in 2019, there were 171 homicides as of July 11 -- up from 147 homicides at the same time last year. Baltimore is quite literally experiencing "American carnage."

While the national poverty rate has dropped from 14.8 percent to 12.3 percent since 2014, Baltimore's remains virtually unchanged at 22.4 percent. Children are trapped in failing schools that can't teach them to read or do math at grade level. No wonder Sen. Bernie Sanders, I-Vt., once compared Baltimore to "a Third World country" and said it is "a community in which half of the people don't have jobs [and] in which there are hundreds of buildings that are uninhabitable." This is happening in Maryland, the richest state in the country. Talk about income inequality!

Pointing out these facts is not racist. It is also not racist to say that no one would want to live in these conditions -- we should all agree that no one should have to. Nor is it racist to point out that this human tragedy is the responsibility of Baltimore's leaders, and the direct result of five decades of Democratic rule.

Democrats have held a lock on the Baltimore mayor's office since 1967. They run the city council, the school system, the sanitation system, the housing authority and police department, and they represent the city in Washington. Gov. Larry Hogan, only the second Republican governor of Maryland since 1969, does bear some responsibility. But Baltimore is a deep-blue city in a deep-blue state; its plight was created almost entirely by Democrats.

Trump is wrong to attack Cummings for conducting vigorous oversight of conditions on the southern border; as chairman of the House oversight committee, that is his job. But Democrats want to have it both ways. They want to criticize what they see as inhumane conditions in U.S. detention facilities (and give a pass to those like Rep. Alexandria Ocasio-Cortez, D-N.Y., who outrageously compare those facilities to "concentration camps") but then call Trump a racist for criticizing inhumane conditions in Baltimore.

The irony is, Democrats are in large part responsible for both situations. For months they refused to provide the emergency funds Trump requested to address the surge in border crossings, which left U.S. facilities on the border under-resourced and overwhelmed. And for years they have ruled Baltimore as a one-party fiefdom as the city turned into an island of despair amid a sea of prosperity.

The tragedy of Trump's presidency is that he should be championing the people of Baltimore rather than using their plight to attack one of his critics. In 2016, Trump visited a black church in Detroit and gave a major speech in Charlotte in which he promised black Americans, "Whether you vote for me or not, I will be your greatest champion."

Last year, Trump was supposed to visit Baltimore to deliver a similar message but canceled. That would have been a lot more effective than a tweetstorm that only prompts Baltimore's beleaguered residents to rally around their incompetent Democratic leaders.