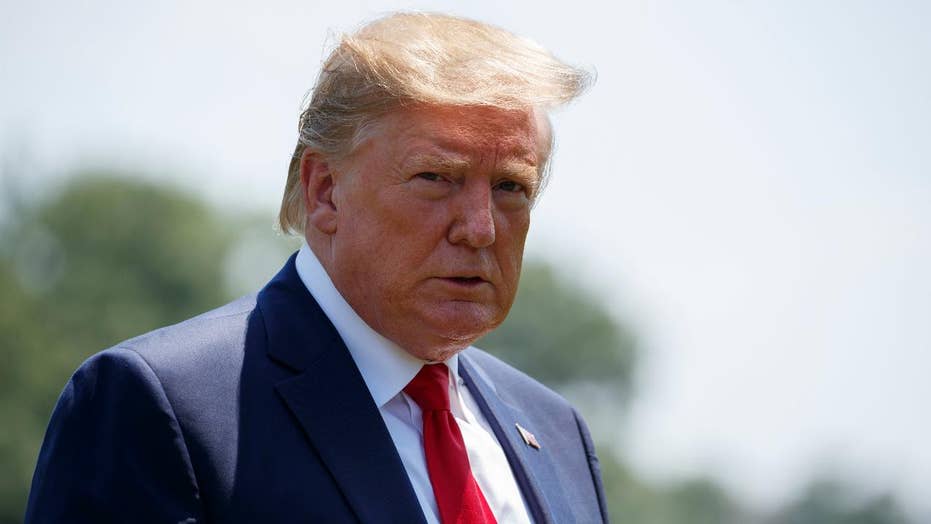 House Oversight Committee Chairman Elijah Cummings, D-Md., previously referred to his community of Baltimore as a "drug-infested" area, using a term that President Trump included in a tweet widely panned as a racist attack on the city.

The video, tweeted by the president on Wednesday, showed Cummings lamenting the city's scourge of drugs while speaking during what appeared to be a congressional hearing.

"Infest has become sort of a trope for Trump," she added before pointing to statements about immigrants and inner cities. "Infest is a loaded word throughout history."

House Speaker Nancy Pelosi, D-Calif., similarly called Trump's tweets "racist," although it's unclear what exactly she was referring to in the tweets.

The president's son, Donald Trump Jr., responded to the old footage by asking whether Cummings himself was racist.

"Obviously racist... Right? Those are the rules!" he tweeted alongside the video.

Trump has defended himself by claiming that he was "stating plainly what most people already know." "Elijah Cummings has done a terrible job for the people of his district, and of Baltimore itself. Dems always play the race card when they are unable to win with facts. Shame!" he said over the weekend.