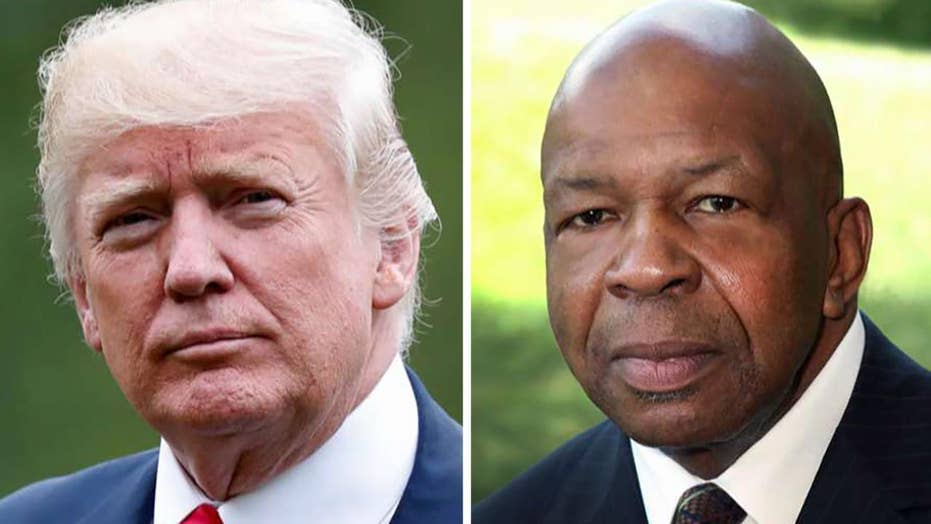 Speaking to reporters on the White House lawn, Trump was asked about the ongoing feud between him and Cummings since Trump made derogatory remarks about Baltimore, which Cummings represents.

“Take your Oversight Committee and go to Baltimore, you’ll learn a lot,” Trump said. This was after the president doubled down on his past criticism by calling Baltimore “the most unsafe city” in the U.S., despite receiving $15 billion in federal funding.

“All of this money goes there and take a look at it,” Trump said.

When a reporter pointed out that Cummings is not the city’s mayor and does not have full control, Trump claimed that Cummings has been the constant for more than two decades.

“He’s seen these mayors get thrown out … they’re all friends of his,” Trump said.

Democrats piled on with accusations of racism after Trump first began criticizing Baltimore after Cummings came down hard on administration officials for conditions at the southern border. Trump said the city was a “disgusting, rat and rodent infested mess.” House Speaker Nancy Pelosi tweeted over the weekend in support of Cummings.

"Rep. Cummings is a champion in the Congress and the country for civil rights and economic justice, a beloved leader in Baltimore, and deeply valued colleague," Pelosi said. “We all reject racist attacks against him and support his steadfast leadership."

The president insists there was nothing racial about his remarks.

“I’m just telling you the facts,” he told reporters Tuesday.