In an interview on the "Fox News Rundown" podcast with host Dave Anthony, Weld said Super Tuesday is the thing he's "really focusing on."

Super Tuesday -- the day in which the greatest number of states hold primary elections -- will be held on March 3, 2020. Alabama Arkansas, California, Colorado, Maine, Massachusetts, Minnesota, North Carolina, Oklahoma, Tennessee, Texas, Utah, Vermont, and Virginia will all hold their presidential primaries on that date.

"Yeah, and it has Massachusetts and Vermont, which are both crossover states, California, which is a state Mr. Trump has declared open war on, Utah, which is a state where -- you know -- the Mormon sensibility is not consistent with Mr. Trump's personal behavior, Colorado, which I consider a friendly state ... So, there's, you know, the plan is come out of Super Tuesday having won not one, but three, four, five states."

"You really think you can beat the president in multiple states?" Anthony asked.

"I guess you wouldn't be in the race if you didn't believe in that," Anthony commented. 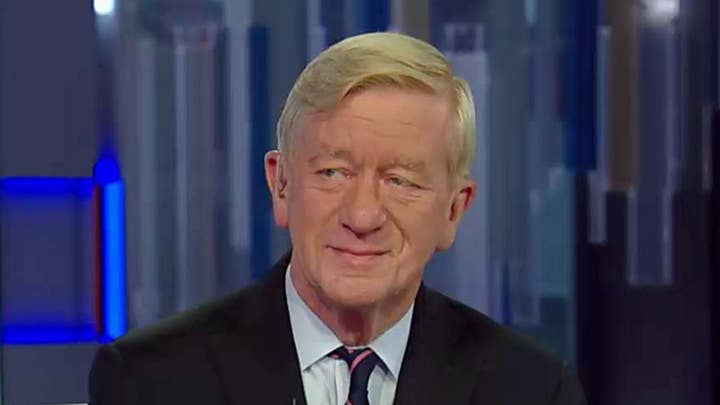 "Well, that's right," said Weld. "I'm ... on the ground when I'm not in New York. Come on the ground in these states and [I'm] talking to people one-on-one. And, that's how voters get to meet the candidates in New Hampshire. You know, they don't feel like they've met them till they've [shaken] their hand three times."

"I'm doing that," he stated, also blasting the president for asking Ukraine to investigate the Biden family and repeatedly claiming his phone call with the country's president was "perfect."

"He's delusional and on so many fronts. That's one of them," said Weld, adding that Trump will continue to ask foreign governments for political help through the 2020 election if he's not impeached and removed from office.

CLICK HERE TO LISTEN TO THE 'FOX NEWS RUNDOWN' PODCASTS