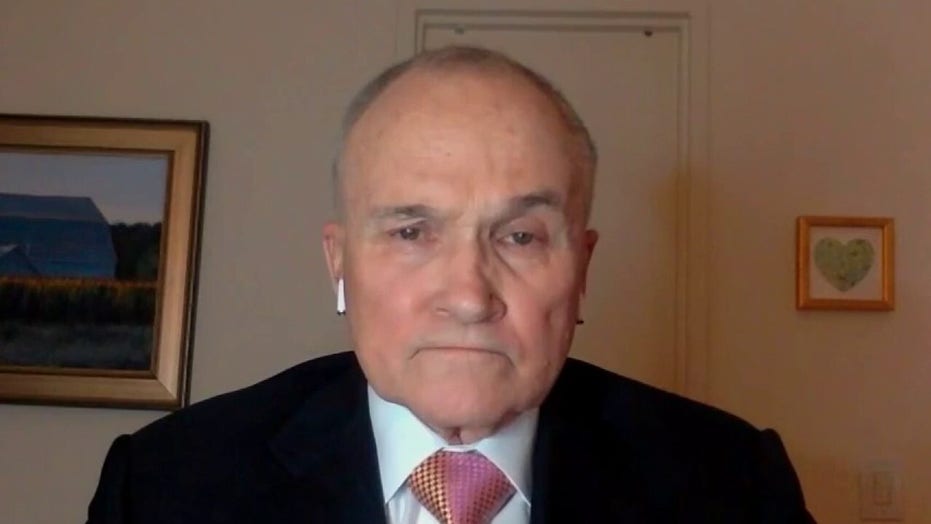 Something has got to be done, former NYPD Commissioner Ray Kelly tells Sean Hannity on 'Hannity.'

"The NYPD has 38,000 police officers, and I would think enough police officers to do the job," Kelly said, "but I’m starting to think if this continues for a couple more nights, we are going to need the National Guard.

"That was not my initial position," Kelly added, "but something has got to be done."

Kelly, the longest-serving commissioner in NYPD history, said NYPD officers are exhausted from working extended shifts, "being assaulted in every possible way, run down [by cars], hit by bricks, trashed."

On Wednedsay evening, an NYPD officer was randomly attacked and stabbed in the neck while patrolling in Brooklyn, which resulted in a struggle that caused two additional officers to suffer gunshot wounds.

In addition, a shocking video posted on social media early Tuesday showed a NYPD officer being struck by a vehicle in what appeared to be a deliberate hit-and-run. NYPD Commissioner Dermot Shea said the officer was still in intensive care, "but recovering slowly."

Kelly blamed New York City Mayor Bill de Blasio for the unrest, saying he was limiting officers' ability to properly do their jobs.

"The mayor mentioned the other day that he was on the phone with them 50 times [one] night," Kelly said. "That is way too much, way too much involvement from City Hall. [You] have to let the police professionals do their job."