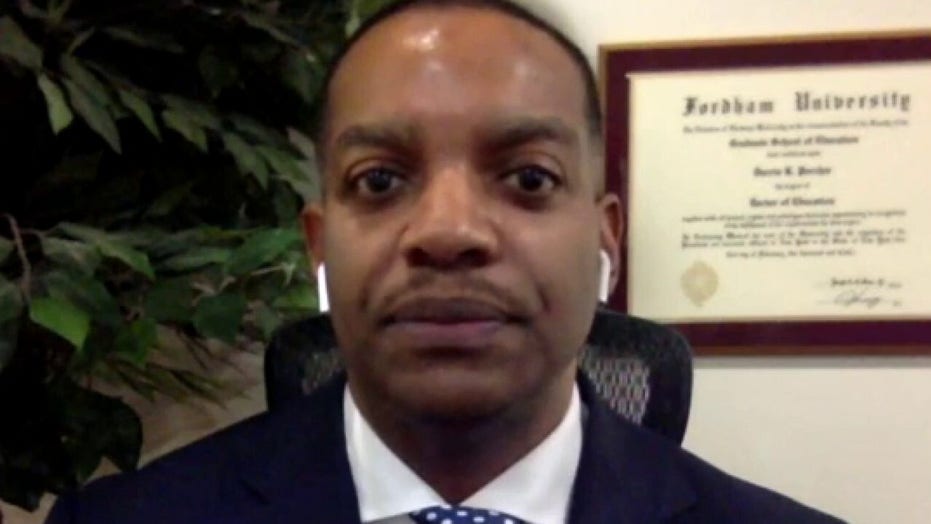 Two NYPD officers shot, one stabbed while on looting patrol in NYC

Former NYPD lieutenant and U.S. Army veteran Dr. Darrin Porcher reacts to the 'poor leadership' in the city and salutes NFL quarterback Drew Brees for his remarks on respecting the American flag.

Retired NYPD Lieutenant Darrin Porcher reacted to the violence against police officers in New York City, telling “Fox & Friends” on Thursday that the city is in a “state of chaos” due to Mayor Bill de Blasio’s “inability to push forward a sense of leadership.”

Porcher made the comments the morning after an NYPD officer was randomly attacked and stabbed in the neck while patrolling in Brooklyn, which resulted in a struggle that caused two additional officers to suffer gunshot wounds.

Police said the officers involved had been assigned to an anti-looting post to prevent people from breaking into stores. They were rushed to a nearby hospital and are expected to survive.

“It appears to be a completely cowardly, despicable, unprovoked attack on a defenseless police officer and thank God we are not planning a funeral right now,” New York City Police Commissioner Dermot Shea said. 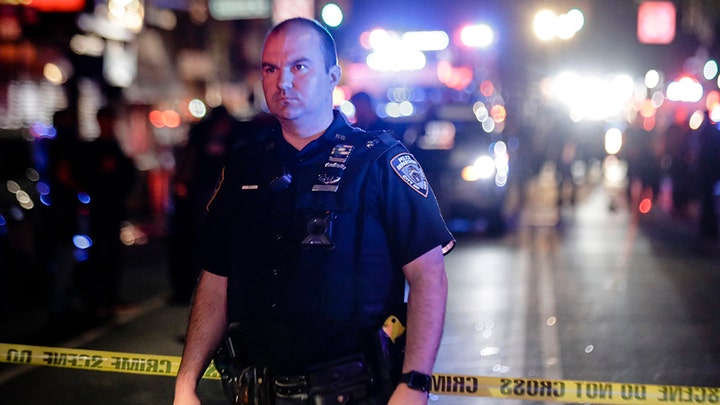 New York City has been trying to get a handle on the widespread unrest after the police-involved death of George Floyd on May 25. The shooting occurred nearly four hours after the city's 8 p.m. curfew.

Wednesday’s incident comes after a shocking video posted on social media the day before showed a New York City police officer being struck by a vehicle in what appeared to be a deliberate hit-and-run. Shea said the officer was still in intensive care, "but recovering slowly."

NYC POLICE COMMISSIONER ON NIGHT OF VIOLENT RIOTS, LOOTING: ‘IT TURNED DARK AND IT TURNED UGLY’

“This is a result of poor leadership,” Porcher said, adding that it's very dangerous to be a police officer in New York City at the moment. 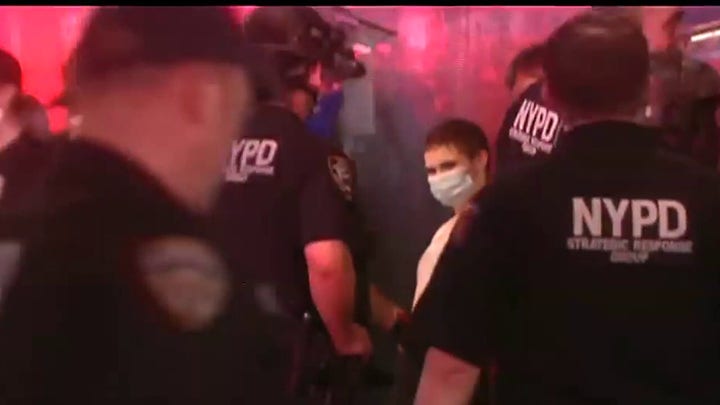 “The tone hasn’t been set appropriately.  ... We’ve closed the gate after the horses escaped,” he continued, adding that as a result there have been riots in New York City over the last several days.

He went on to note that “City Hall is dictating police policy and it’s not coming from One Police Plaza [the headquarters of the New York City Police Department].”

“We really need to ratchet down the rioters’ behavior and this is a testament to the man’s [de Blasio] inability to push forward a sense of leadership,” Porcher said.

“This is just a bad precedent moving forward,” he continued. “We had a mayor that had a daughter that was arrested recently as a protester so that clearly lets you know the precedent that he’s setting forth.”

On Monday, de Blasio insisted that his 25-year-old daughter was “peacefully protesting” and “not doing anything that would provoke a negative response” when she was arrested late Saturday night during demonstrations against the death of Floyd.