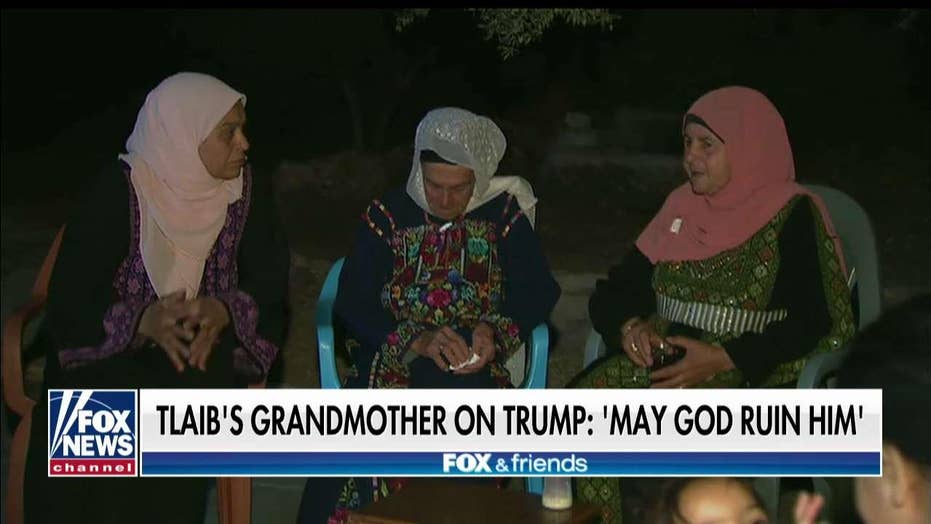 Following Israel's barring of Rep. Rashida Tlaib, D-Mich., and Ilhan Omar, D-Minn., from entering the country, Rep. Lee Zeldin, R-N.Y., appeared on "Fox & Friends" Monday to condemn what he called their efforts to bring harm to the Jewish people with inciteful political rhetoric.

"Israel grants [a humanitarian visa] and then Rashida Tlaib turns around and goes after Israel... because she wants to not only visit her grandmother, but she also wants to go over there and advocate for harm to the nation of Israel," he said.

Zeldin said Omar and Tlaib could have joined dozens of their congressional colleagues on a trip to Isreal earlier this month, but purposely chose not to, opting instead to cause chaos and controversy to help push a political point.

"There was an opportunity for Tlaib and Omar to have gone earlier this month with 70 colleagues, Republicans, and Democrats, to listen, learn, in good faith," he said.

"It would have been a genuine and productive, substantive dialogue... Instead what we've seen is this bad faith PR attempt and this latest news is now, she's not going over and they want to blame Donald Trump. But it's really the fact that they're promoting policies to harm Israel."

Zeldin, who is one of only two Jewish Republican members of Congress, said both Omar and Tlaib have espoused radical views on the state of Israel, and feel anyone who supports the Jewish people has been bought off or bribed.

BEN SHAPIRO: ISRAEL MADE A 'BIG MISTAKE' BARRING OMAR AND TLAIB FROM VISITING

"The two of them were looking to tag team this trip in bad faith. But rhetoric, policy, it's all there -- what their intentions were about, and it wasn't good."

President Trump poked fun at the situation on Friday, saying Tlaib's grandmother, 99-year old Muftia Tlaib, was the only winner in the situation because she wouldn't have to see her granddaughter. She replied by asking God to "ruin him."

"Trump tells me I should be happy Rashida is not coming,” Reuters reported her saying. “May God ruin him."