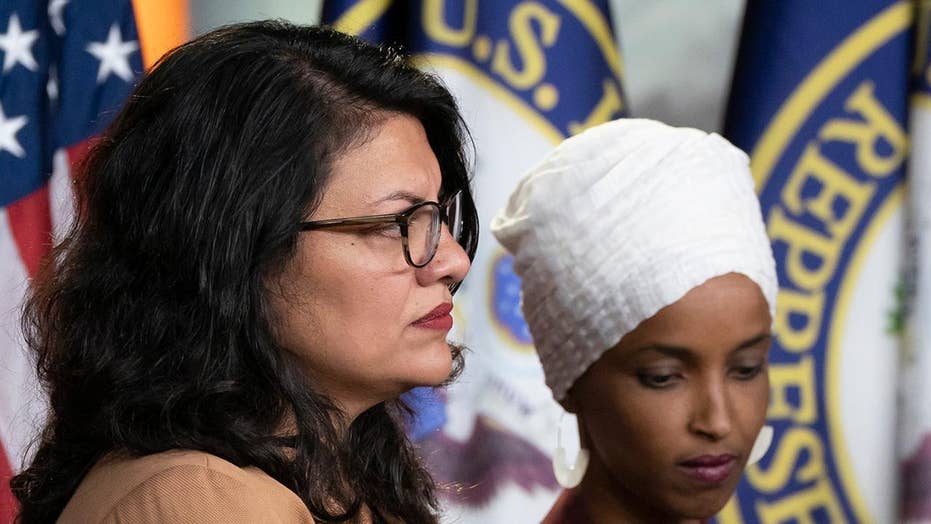 Israel decided to block Omar and Tlaib from entering the country after President Trump expressed dismay on Twitter, following their efforts to spurn Israel with a Boycott, Divestment, and Sanction (BDS) resolution.

"This is not a decision that President Trump has made for Israel. Israeli officials were speaking throughout the night. They've been debating this since this trip was announced in July by Ilhan Omar and Rashida Tlaib," Pavlich said on Outnumbered."

"They were set up and put in a bad situation by Ilhan Omar... She introduced the resolution, the BDS resolution ...which is geared toward eliminating Israel... The day after, she provocatively announced that she was going on a trip to Israel, with Rashida Tlaib, knowing that Israel has a long-standing policy of not allowing people who support BDS into the country. So they set this up."

Pavlich challenged the notion that the issue was a matter of free speech, and claimed negative action against Israel harms Palestinians as well.

"This isn't about free speech, this is about them supporting a movement that denies their ability to exist," she said.

"By the way, BDS doesn't just hurt Jews in Israel, it actually hurts Palestinians and has eliminated thousands of jobs for Palestinians living in Israel and the West Bank."

Trump's Thursday morning tweet referred to the two Democratic House members as a "disgrace" and called on their constituents to vote them out of office. He followed up with a second tweet hours later, calling them both the new face of the Democratic party.

"It would show great weakness if Israel allowed Rep. Omar and Rep.Tlaib to visit. They hate Israel & all Jewish people, & there is nothing that can be said or done to change their minds. Minnesota and Michigan will have a hard time putting them back in office. They are a disgrace!" Trump wrote.

"Representatives Omar and Tlaib are the face of the Democrat Party, and they HATE Israel!"