In the midst of a possible trade agreement&nbsp;with China, President Trump has taken the "long view," says Kellyanne Conway.&nbsp;

In the midst of a possible trade agreement with China, President Trump has taken the "long view" on negations with President Xi, according to White House adviser Kellyanne Conway, who appeared on "Fox & Friends" Monday and said the administration is waiting for a better deal.

"The president takes the long view on all of this... He wants a better deal," she said. "He inherited a very imbalanced, non-reciprocal, unfair trade deficit with China. And when I say trade deficit, I mean we've got half a trillion dollars."

Conway said the United States economy should not have to bow to China and claimed Trump's unwillingness to roll over is what helped get him elected.

"It makes no sense to the average American worker. We were told, 'Just go find a new line of work. Your job has been outsourced,'" she said. 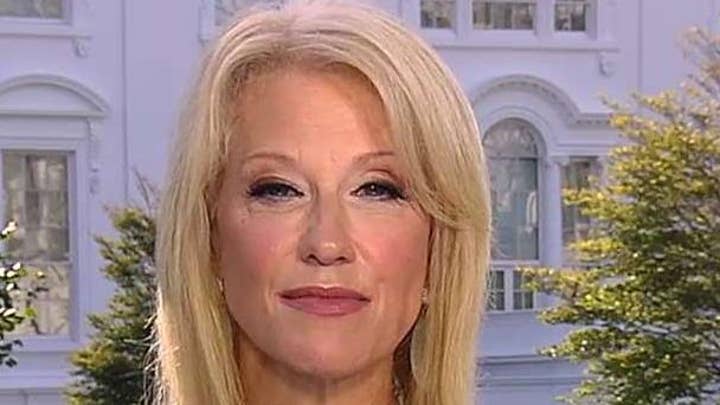 "Or we have to somehow give money to, or be on the losing side -- as the world's No. 1 economy to the world's No. 2 economy. It makes no sense to Americans. It's part of how the president got elected in the first place."

Conway reiterated the president's claim that an immediate deal would give a shot in the arm to the U.S. economy, but said the administration doesn't want to push a bad deal on the American people, just to score short-term political points.

"The president said yesterday that he could do a deal right now, and that the economy would take off like a rocket... but he doesn't want to do a deal if it's a bad deal," she said.

"Too many presidents in the past have done that. And we ended up where we are, which is a half a trillion-dollar trade deficit with China -- the world's second-largest economy, where the technology transfers and the theft of intellectual property went unabated and unpunished. So this president is waiting for a better deal for this country."