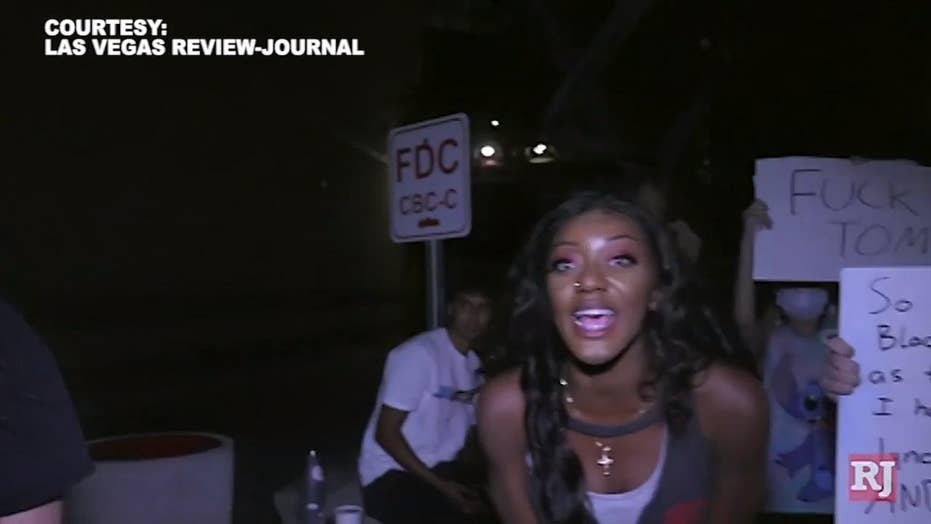 Protests break out on UNLV campus before Tomi Lahren speech

In the latest episode of Fox Nation's "No Interruption," Tomi Lahren traveled to her alma mater to speak with conservative students about the struggles they face on campus, but some UNLV students took issue with her visit.

"As misguided as I think it is, it's the American way of life that we're able to [express ourselves] and I'm sure there are people in this room, if not their family members, who have fought and died for that."

"Couldn't care less either way. To be honest with you, you're here. It doesn't matter to me if you don't like me or if you do like me. That's what free speech is all about. That's what the people outside are chanting on, and someone fought and died for their freedom to do that," she said.

Tomi's speech drew an auditorium of supporters -- but a group of protestors who opposed the Fox Nation host's visit assembled outside with signs, expressing anger over her return to campus.

Inside, Lahren spoke to supporters about the current political climate, seeming unphased by the protests behind the door.

"As misguided as I think it is, it's the American way of life that we're able to [express ourselves] and I'm sure there are people in this room, if not their family members, who have fought and died for that," Lahren said.

"I believe we're in a political climate where people are actively looking for ways to be offended by everything," she continued, "and that's not just liberals. It's conservative to some extent, too. But I see it far more on the Left....people are looking for things to be angry about...looking for ways to divide each other into certain groups based on who they voted for."

Lahren stressed to the students the importance of "expanding their echo chambers" to include those with varying political viewpoints, encouraging them to have friends that "don't think" the way they do.

Later in the episode, Lahren sat down with conservative students to hear about their experience on campus as a vocal supporter of conservative values and policies, noting how much had changed on campus since her 2014 graduation.

"Trump derangement syndrome really has become full-blown, and I know you guys deal with it on a daily basis, being conservatives on campus," Lahren said, asking the students how many of them "have been fearful about expressing a conservative opinion for fear" of it affecting their grade."

All seven students in the group raised their hands, opening up about specific hurdles they've had to face.

"It's honestly gotten to the point now where a lot of conservatives aren't even willing to step forward and say they're conservatives," said one participant.

Another participant said she "lost a lot of friends" for her commitment to speak with Lahren, and said she feels a sense of "guilt by association" for her pro-Trump views.

To hear more from the students on how support for socialism has overtaken their campus and their personal experiences opposing it, join Fox Nation and watch the latest episode of "No Interruption" today.