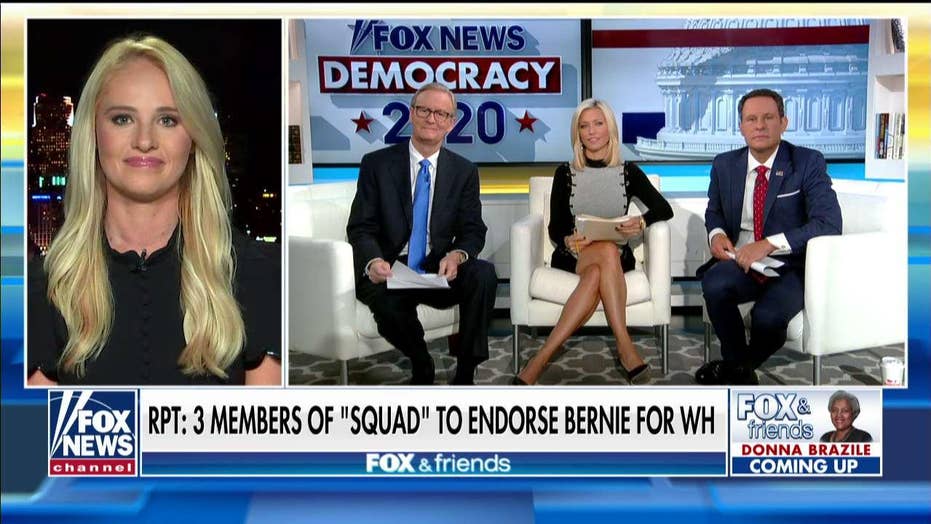 Lahren said she wasn't shocked by the endorsement from the "Squad" for the openly socialist candidate, as many of the far-left congresswomen have previously expressed support for his policies.

"The fact that we're in a place in this country where we take any of them seriously, let alone elect them to office, is appalling," she said.

"The bigger problem here is that this is what's actually happening in an election for President of the United States."

"But at the end of the day, we know this isn't shocking or important, we knew they were going to endorse Bernie Sanders, they're all socialists, and the bigger problem here is that this is what's actually happening in an election for President of the United States," Lahren continued.

The endorsements came as a potential blow to the campaign of Sen. Elizabeth Warren, who, like Sanders, has been representing the party’s progressive wing.

Winning the OK of the “Squad” members was viewed as crucial in attracting young voters for the top three Democrats in the polls, all of whom are in their 70's — with Sanders at 78, former Vice President Joe Biden at 76 and Warren at 70 years old.

Reiterating her point, Lahren credited Sanders for "calling himself a socialist," unlike Warren.

"The thing I'll give Bernie Sanders credit for is that he is one of the only ones...that actually calls himself a socialist...at least he's forthright about what he wants to do to this country," Lahren continued.

"The rest of them are just on some various degree of wanting socialism...at least he's forthright about it and that's the only credit I'll give to the members of the Squad as well is that they really want a structural transformation of this country that will be devastating and damaging — but at least they're honest with the American people about what they want for this country," Lahren said.

Later in the segment, Lahren highlighted her latest episode on Fox Nation's "No Interruption," where she sat down with the real-life "Wolf of Wall Street" Jordan Belfort to hear his perspective on the 2020 candidates. 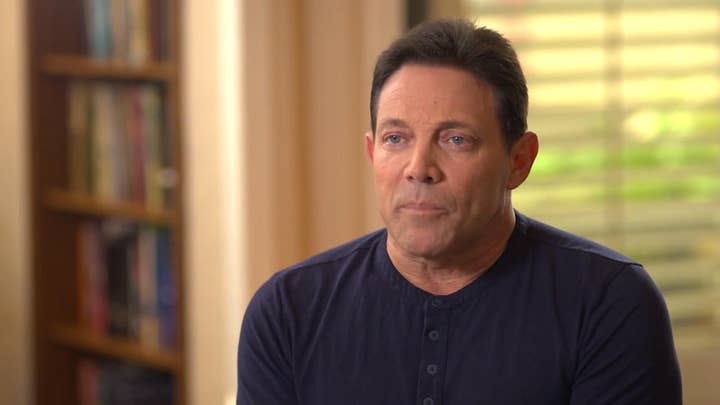 Belfort had strong words for Sanders and Warren, both of whom have called for a crackdown on Wall Street and financial institutions.

“Wall Street has a really, really important function, right? When Wall Street runs amok, it gets really ugly," said Belfort. "What frightens me about a Bernie Sanders or an Elizabeth Warren is like they think that government is… the answer… but the policies that they're talking about will literally destroy the fabric of the country,” Belfort said in the latest Fox Nation episode.

"The policies that they're talking about will literally destroy the fabric of the country.”

However, Belfort said that he believed that President Trump will emerge with a victory in 2020.

“If I didn't, I wouldn't be able to sleep at night, OK? Because I think that this nation would be literally destroyed," he said.  "If one of these people gets into office—a Warren or Sanders—destruction.”

To see Tomi’s full interview with Jordan Belfort on "No Interruption" including Belfort's opinion on the college cheating scandal and the media's treatment of President Trump, join Fox Nation and watch the latest episode today.