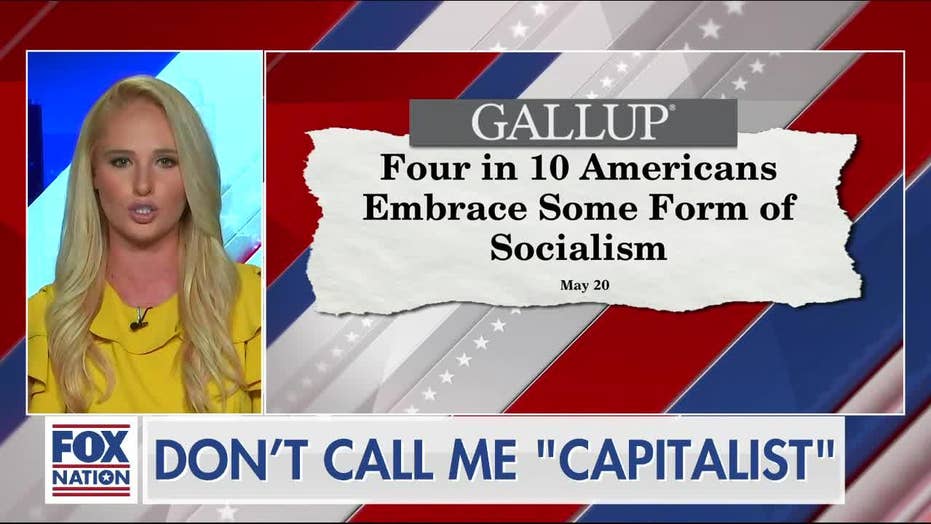 “We are going to wake up to a living nightmare: Tomi Lahren warns of a Sanders presidency

Fox Nation host Tomi Lahren issued a stern warning to the country as 2020 Democratic presidential candidate, Sen. Bernie Sanders I-Vt., seemed to embrace socialism, even as he attempted to distance himself from his rival, Sen. Elizabeth Warren D-Mass., dismissing her as a “capitalist.”

"The seeds of socialism have already been planted and, if we don’t rip [them] out at the roots, we and future generations are gonna wake up to a living nightmare."

"Bernie Sanders dispelled the notion that he and Elizabeth Warren are basically the same person -- even seemingly taking a bit of offense to being compared to Warren," Lahren said on Fox Nation's "Final Thoughts."

“There are differences between Elizabeth and myself,” Sanders said during an interview Sunday on ABC's "This Week." “Elizabeth I think, as you know, has said that she is a capitalist through her bones. I’m not.”

Sanders explained he is not a capitalist because he "will not tolerate for one second the kind of greed and corruption and income and wealth inequality and so much suffering that is going on in this country today, which is unnecessary.”

Instead, Sanders is trying to run on a "Democratic" brand of socialism, which Lahren called "a lie and an oxymoron."

"You can’t have freedom -- economic or otherwise -- under socialism. He and others simply slap that 'democratic' before 'socialism' to make their warped desires of government-controlled everything seem more palatable," Lahren said. "Sad thing is, it’s working -- especially on young Americans."

The comments come amid a rise in socialism in the Democratic Party, as candidates become more willing to openly embrace socialism over capitalism. It also follows polling showing that Democrats now view socialism more positively than they do capitalism.

"This just goes to show how dangerously close we are to becoming a socialist nation," said Lahren, commenting on the poll. "The seeds of socialism have already been planted and, if we don’t rip those suckers out at the roots, we and future generations are gonna wake up to a living nightmare," she warned. 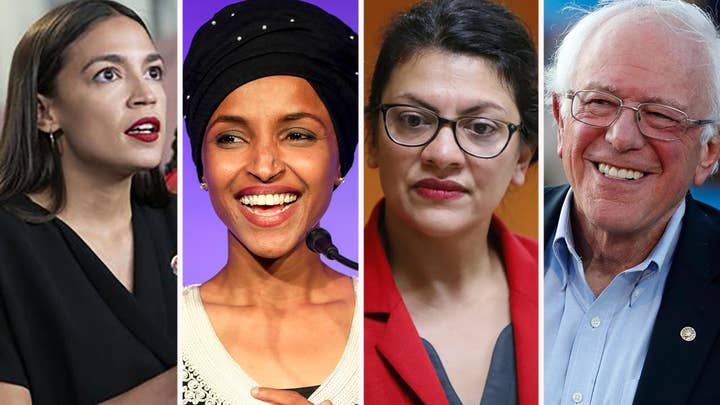 Lahren blamed the "shocking and downright frightening" shift on a misrepresentation of socialism and warned of potential ramifications.

"What is happening here?" she asked. "Well, leaders like Bernie... Warren, and others are not being honest about what socialism actually entails. They characterize it as a method of rooting out corruption, sticking it to the 'man,' and fighting for the little guy when, in fact, nothing could be further from the truth."

"Socialism breeds corruption," she continued. "There is no bigger 'man' than the 'Almighty Government' and the little guy is the one who is absolutely crushed by socialism."

Doubling down in her criticism of the Vermont senator and his socialist policies, Lahren warned "young people of the country" not to fall for "free things that will cost them their freedom."

BILLIONAIRES COULD FACE UP TO 97.5 PERCENT TAX RATES UNDER SANDERS’ PLAN: ECONOMISTS

"I know free things might sound great to you now," she said,  "but here’s the cold, hard truth -- those free things come at a cost of your freedom. Don’t like being told what to do? Wait till you live under socialism. It won’t be pretty. You can be free or you can be dependent on the government -- but you can't be both. Choose wisely," she said.

"This next election and, even more importantly, the one after that, will determine the future of this nation," Lahren concluded. "Don’t take it lightly."