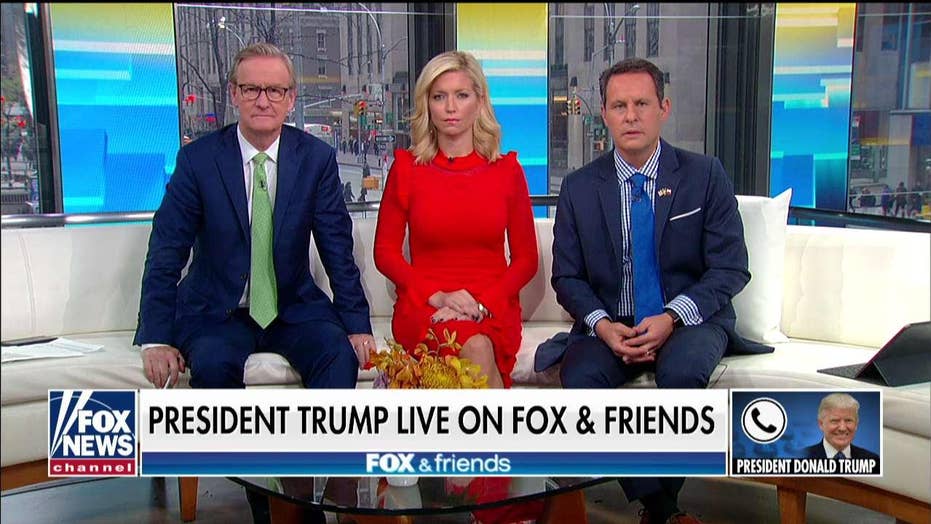 President Trump denied House Democrats' allegations of extortion, bribery, or a quid pro quo in an exclusive interview on "Fox & Friends" Friday and said witnesses who testified against him in the public impeachment inquiry hearings were incorrect and incompetent.

"No, not at all," Trump answered. He denounced Schiff as a "sick puppy" who had gone after him for two-and-a-half years with claims about Russia.

In his testimony before the House Intelligence Committee Wednesday, European Union Ambassador Gordon Sondlandtied top Trump administration officials to the “potential quid pro quo” involving U.S. military aid to Ukraine and investigations desired by President Trump, saying, "Everyone was in the loop." However, Sondland testified he never heard the president himself mention any preconditions involving Ukraine.

Still, Sondland said he pursued requests for Ukraine probes at the "express direction" of the president.

In Friday's interview, Trump dismissed some of Sondland's testimony as "total nonsense."

"Why should we give money to a country that's known [to be] corrupt?" Trump questioned. "It's a very corrupt country."

In addition, Trump told Doocy that he hardly knows Sondland and career diplomat David Holmes -- who testified he had heard the president talking with Sondland about “investigations” in Ukraine.

"How about the guy with the telephone? How about that one? I guarantee you that never took place. He said he's sitting there listening to me. I spoke so few times to him," the president said.

"I have really good hearing and I've been watching guys for 40 years make phone calls and I can't hear -- and you could be two feet away -- I can't hear people making calls. I can't hear the other side...unless you have it on a speakerphone, you can't do it," he explained. "That was a total phony deal."

"It's not true, what he said," Trump replied.

"Now, what he said also was 'there was no quid pro quo. I want nothing.' Remember?'" the president said about a phone call he had with Sondland.

"The most important phrase was 'I want nothing.'"