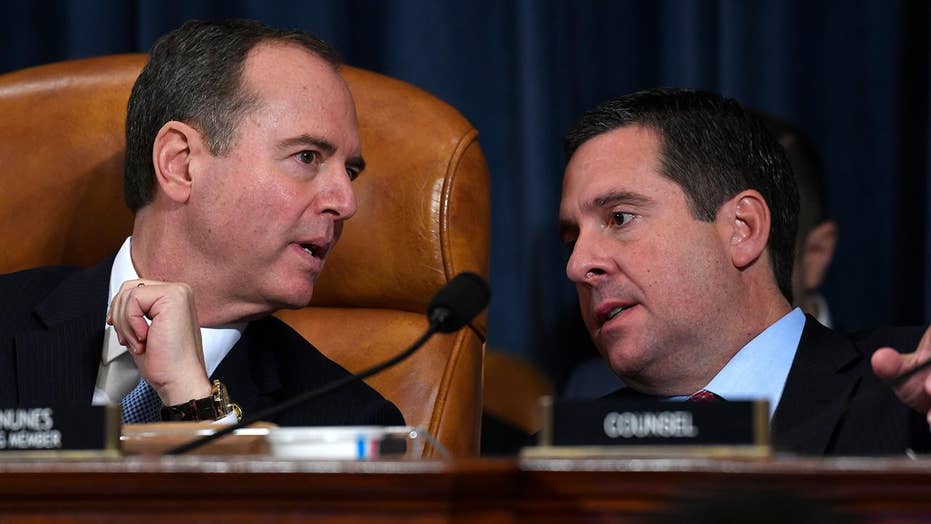 Democrats are shifting the language they use to describe the allegations against President Trump in the House impeachment inquiry. And that change has come after the Democratic Congressional Campaign Committee recently conducted focus groups to determine which description sounds more damning to voters, Fox News has confirmed. The Washington Post first reported the focus groups.

The paper said the DCCC conducted these focus groups in key House battlegrounds and asked participants whether “quid pro quo,” “extortion” or “bribery” was more compelling. “Bribery” was determined to be more effective.

The White House has responded by dismissing the inquiry as “impeachment by focus group.”

Top Democrats have already begun changing the way they characterize Trump’s conversations with Ukrainian President Volodymyr Zelensky about military aid and his desire for the country to launch investigations related to the Bidens and the 2016 election.

The impeachment inquiry continued Friday with the public hearing of Marie Yovanovitch, the former U.S. ambassador to Ukraine who was recalled from her post by the Trump administration earlier this year.