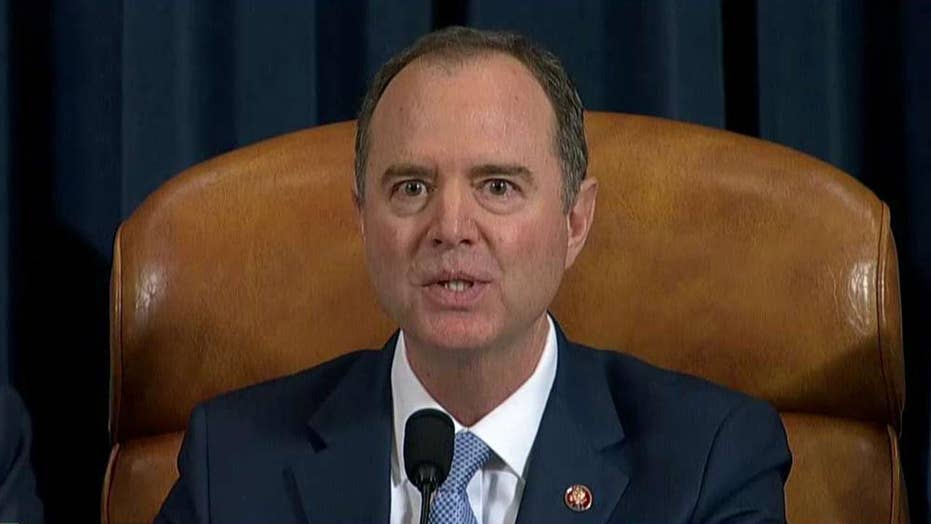 Stefanik took some public swipes at Schiff mocking him at Friday's impeachment hearing by reading old tweets from when the House Intelligence Committee chairman vowed to have the Ukraine whistleblower testify before his panel. The two also clashed over House procedures.

Before the testimony began Friday, Schiff shut down Stefanik after she asked if Schiff would “continue to prohibit witnesses from answering Republican questions.” Schiff said it wasn’t a “proper” point of order, and then declined to recognize her colleague, Rep. Jim Jordan, R-Ohio, who also tried to raise a parliamentary question.

“We know clearly you're going to interrupt us throughout this hearing,” Stefanik complained within minutes of the gavel.

Later in the hearing, House Intelligence Committee Ranking Member Devin Nunes, R-Calif., attempted to give up the remainder of his time to Stefanik, but as Stefanik spoke, Schiff slammed down the gavel, arguing that it was not allowed under committee rules: "The gentlewoman will suspend."

At one point, Stefanik asked the ex-ambassador whether it was accurate that “defensive lethal aid” that she had pushed for was provided to Ukraine not by the Obama administration, but by the Trump administration.

Stefanik also asked Yovanovitch about how the State Department under the Obama administration prepped her for her confirmation hearing by coaching her on how to handle questions about Hunter Biden’s role with Burisma Holdings, the Ukrainian energy company that had been the subject of an investigation.

Trump is not the only one to recognize Stefanik’s performance.

“She’s effective. She’s a great spokesperson,”  Rep. John Ratcliffe, R-Texas, another member of the Intelligence Committee, told The Associated Press. “And these issues are in her wheelhouse.”