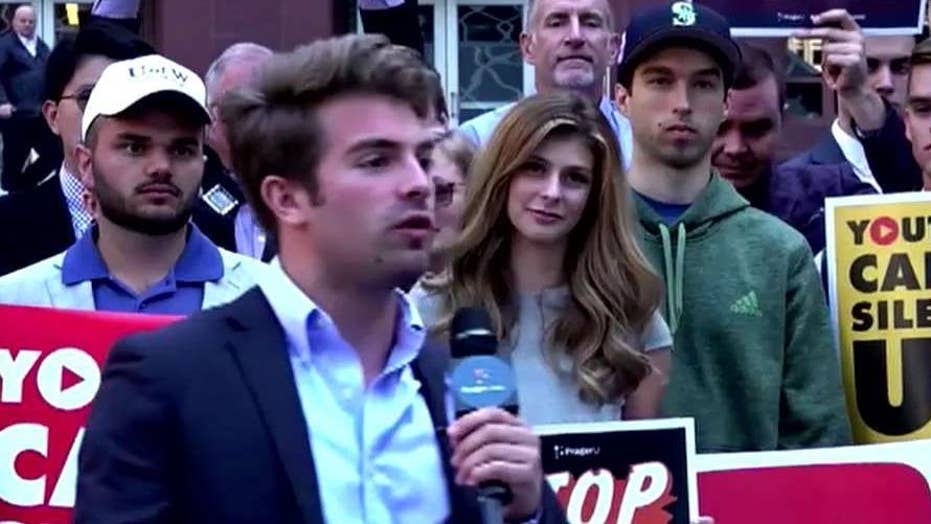 Prager University says Google's YouTube has violated their First Amendment rights and misled its users when it limited access and demonetized dozens of videos.

Craig Strazzeri, the chief marketing officer for Prager University, balked at Google's claim that its subsidiary, YouTube, was politically neutral -- arguing that the company's restrictions on PragerU had reached the "point of absurdity."

"There is so much evidence every day that they continue to restrict us, simply because we're conservatives," Strazzeri told "Fox & Friends" on Wednesday.

His comments came a day after the 9th Circuit held oral arguments in an appeal that PragerU filed on a previous court decision in favor of Google. PragerU has contended that the company has a clear political bias, needlessly putting age restrictions on videos about things like the Ten Commandments.

According to Strazzeri, YouTube was restricting videos even when they had no obscenities or violence.  As evidence of bias, Strazzeri also pointed to the wave of leaked documents and employee claims that appeared to show animus towards conservative ideas.

Fox News host Steve Doocy asked Strazzeri about whether YouTube's status as a private company allowed them to act in whatever way they wanted.

He argued that Google's status as a public forum, rather than a "publisher," gave them immunity from certain lawsuits but also carried a responsibility to be politically neutral. In a separate interview, Strazzeri told Fox News that YouTube was also defrauding the public by falsely claiming to act as a public forum.

A Google spokesperson released a statement claiming that their products were not politically biased.

"We go to extraordinary lengths to build our products and enforce our policies in a way that political leanings are not taken into account," spokesperson Ivy Choi said. "Our platforms have always been about sharing information everywhere and giving many different people a voice, including PragerU, who has over 2 million subscribers on their YouTube channel."

Stazzeri, who laughed while Doocy read the statement, called it "laughable" and "unbelievable."

"They continue to lie and say that they're politically neutral when every day there's more evidence -- their own employees are coming forward and admitting to targeting conservatives and targeting PragerU," he said.