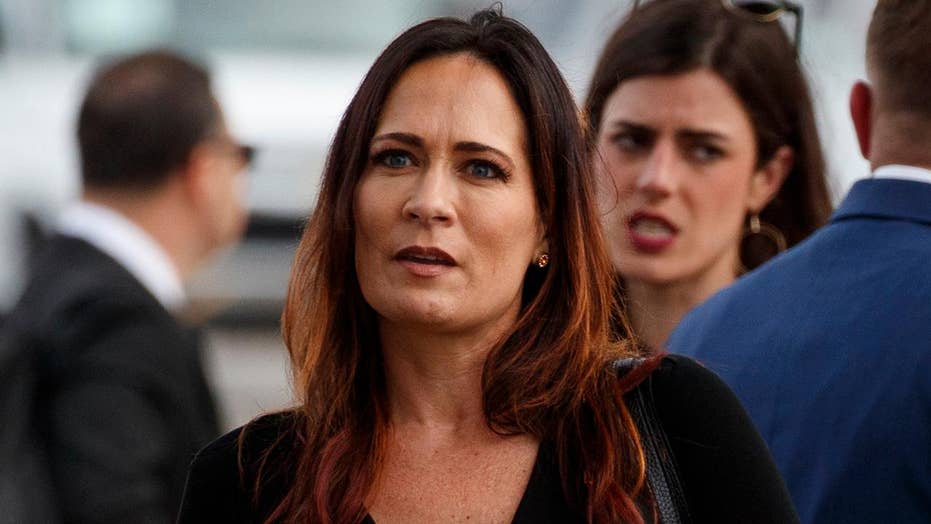 'MediaBuzz' host Howard Kurtz says Stephanie Grisham is not shy about 'mixing it up' with journalists.

“This is one of the reasons that a majority of Americans have lost trust in the media. Instead of applying ethics and standards to their reporting, journalists and left-wing outlets have weaponized the media, using it to attack and harass people with little to no regard for the truth,” Grisham told Fox News.

"Instead of applying ethics and standards to their reporting, journalists and left-wing outlets have weaponized the media, using it to attack and harass people with little to no regard for the truth."

It all started on Tuesday night when O’Donnell and fellow far-left MSNBC host Rachel Maddow were discussing how Trump was “able to obtain loans when no one else would loan him any money” when he threw out the unverified speculation.

“I may have some information, in this next hour, which would add a great deal to their understanding of that, if true, and I’ll be discussing it here,” O’Donnell said. "I stress ‘if true,’ because this is a single source who has told me that Deutsche Bank obtained tax returns… this single source close to Deutsche Bank has told me that Donald Trump’s loan documents there show that he has co-signers. That’s how he was able to obtain those loans and that the co-signers are Russian oligarchs."

A stunned Maddow leaned back in her chair and responded, “What? Really?”

O’Donnell added “that would explain every kind word Donald Trump has ever said about Russia and Vladimir Putin” if his information is accurate.

“I stress the ‘if true,” O’Donnell said.

O’Donnell later doubled down that his single source claimed, “Trump has obtained loans with co-signers and he would not have been able to obtain those loans without co-signers.”

NBC News did not immediately respond when asked if O’Donnell’s report met its standards.

MSNBC’s Lawrence O'Donnell raised eyebrows on Tuesday night when he ran with a singled-sourced, unverified report that President Trump had loans co-signed by Russian oligarchs.

“Even if tempered with an 'if true' caution, there still needs to be a solid basis for believing it is true. Otherwise, pure speculation and wishful thinking takes the place of news reporting," Jacobson told Fox News.

"The damage MSNBC has done to journalism is enormous. Trump hatred has so overwhelmed MSNBC primetime that it has turned a flagship NBC News brand into Alex Jones," Jacobson added.

Media Research Center vice president Dan Gainor told Fox News that he might be “old-fashioned” but thought “calling journalism the first draft of history meant also trying to get things correct” before reporting to the masses.

“But that hasn't been the case during the Trump administration. The press are so eager to destroy the president that ABC actually even tanked the stock market. But they keep repeating the error because these aren't journalists,” Gainor said. “They are far-left activists and they don't care if rumors and allegations are wrong, as long as they get what they want.”

“Deutsche Bank is declining to comment on Lawrence O’Donnell’s reporting that Russian oligarchs co-signed Trump’s loans. The information came from a single source who has not seen the bank records. NBC has not seen those records and has not yet been able to verify the reporting,” Del Moro wrote.

MSNBC’s primetime hosts have a long history of running with unverified claims regarding Trump and Russia. “The Rachel Maddow Show” has plummeted to fifth overall among cable news programs after she dedicated substantial airtime since Trump’s victory over Hillary Clinton in 2016 to speculating about whether or not Trump colluded with Russia.

“Rachel Maddow, you’ve got some explaining to do,” Ball said on The Hill’s “Rising.”

Ball noted that MSNBC and Maddow “built segment after segment, show after show, on building anticipation for a big reveal” that never arrived.

It will be interesting to see if O’Donnell receives similar criticism if his unverified, one-source report doesn’t hold up.