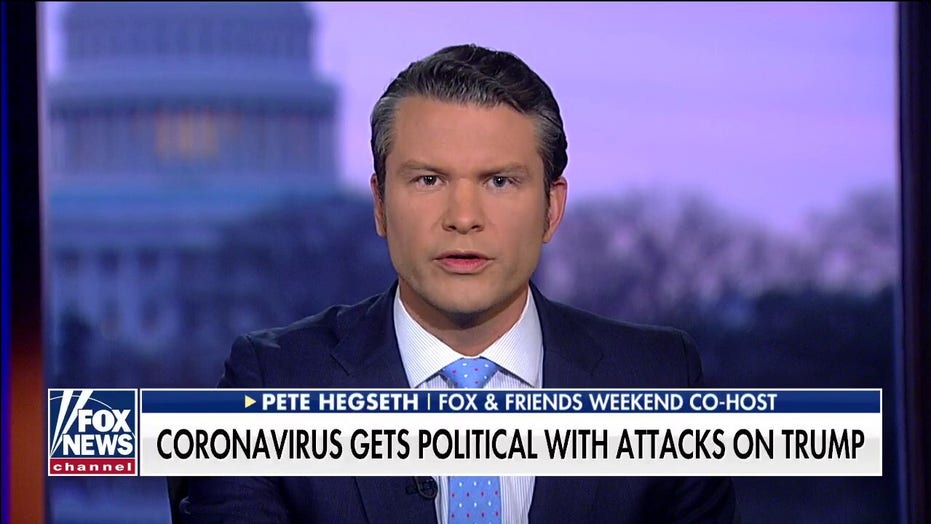 Pete Hegseth told 'Fox &amp; Friends' that if Democrats really wanted to fight coronavirus, they would be working the Trump administration,

Democrats and the mainstream media appear to be using the coronavirus to score political points against President Trump and his administration, "Fox & Friends Weekend" co-host Pete Hegseth said Friday.

In an interview on "Fox & Friends," Hegseth said that the proof is in the headlines and that if coronavirus worsens -- even though it is not the fault of the president -- they will try to "pin it to him like his Katrina moment and make it political."

Additionally, Democratic leadership has called out the administration for an "anemic" response to the outbreak, including accusing them of not requesting enough emergency funding.

CAPITOL HILL IS AWASH IN CONCERN ABOUT CORONAVIRUS, BUT THERE'S NOT FEAR -- YET

Although both sides have promised to commit to bipartisanship in the face of the potential future pandemic, a real concerted effort remains to be seen.

However, by Thursday afternoon Fox was told lawmakers were developing a package of around $7 billion -- up from an original proposal of $2.5 billion --  for coronavirus and Democratic House Speaker Nancy Pelosi, D-Calif., told reporters in a news conference that Congress was "close" to a bipartisan agreement.

"Yet, the Democrats will always ask for a higher number because, yet again, they want a bludgeon to hit the president for," stated Hegseth. "Frankly, at this moment, the difference between $2 billion and $8 billion...what's the difference in the face of this crisis?" 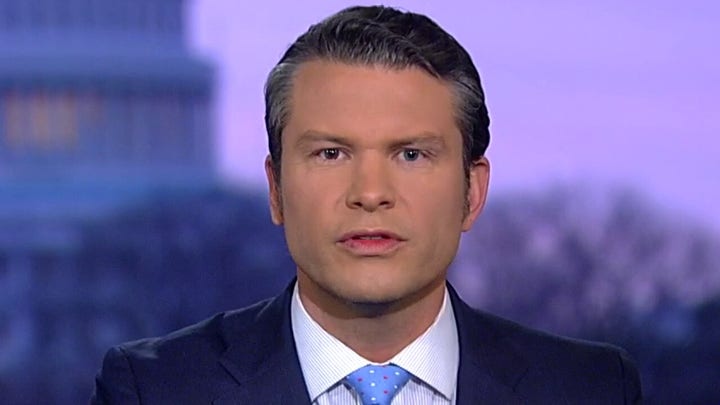 Hegseth told the "Friends" hosts that it would probably be better to "take the talking point away" from the Democrats.

"But, we should be pointing the finger exactly where it should be, which is at China -- which has not contained this -- which, ultimately you know, how did it manifest? Where is it going and how do we contain ourselves?" he asked. "And, that becomes something we should all agree on and not panic about and support the administration as it attempts to keep us safe."

There are currently over 83,000 confirmed cases of the virus worldwide with over 78,000 cases in mainland China. The United States has recorded 60  cases and 33 of those 60 have been in the state of California.

That said, Hegseth believes if Democrats were focused on a solution, they would be working with the president.

"They would be saying, 'Let's put all the politics aside and identify what the issue is and make sure we keep Americans safe,'" he added. "Instead, they are capitalizing on it."