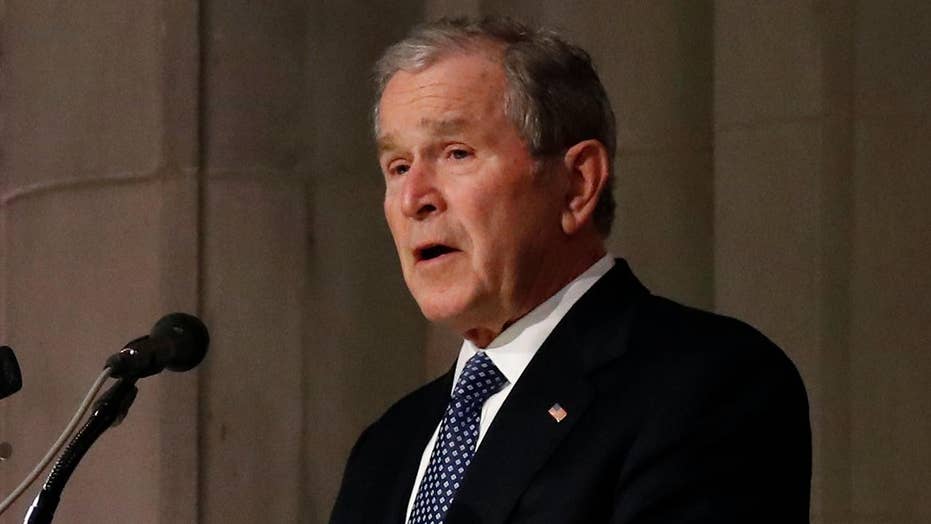 When George W. Bush was told his father George H.W. Bush "only had minutes to live" last week, the former president immediately called him.

The caretaker who answered the phone at the time told Bush his father had been silent most of the day, though he noted George H.W. Bush would likely be able to hear him if he spoke up. So, he handed the 94-year-old the phone as Bush began to say his final goodbye.

"I said, "Dad, I love you and you've been a wonderful father,'" Bush recalled as he delivered his eulogy Wednesday at the Washington National Cathedral. "And the last words he would ever say on Earth were, 'I love you, too.'"

The crowd at the funeral service — and thousands online — were visibly emotional by Bush's last conversation with his dad.

"Trying not to cry but that did me in," one Twitter user commented.

"Not gonna lie, George W Bush made me cry after his eulogy," a woman admitted.

Bush also praised his father, thanking him for teaching his family how to be a loving husband, father, grandfather and great-grandfather.

"He was firm in his principles and supportive as we began to seek our own ways," Bush commented while speaking at a podium. "He encouraged and comforted but never steered."

"We tested his patience — I know I did," Bush laughed. "But he always responded with the great gift of unconditional love."

Bush choked up at the end of his eulogy before regaining his composure. He patted his father's flag-draped coffin twice as he went back to his seat at the Washington National Cathedral. Former first lady Laura Bush wiped her eyes with a tissue as her husband sat next to her.