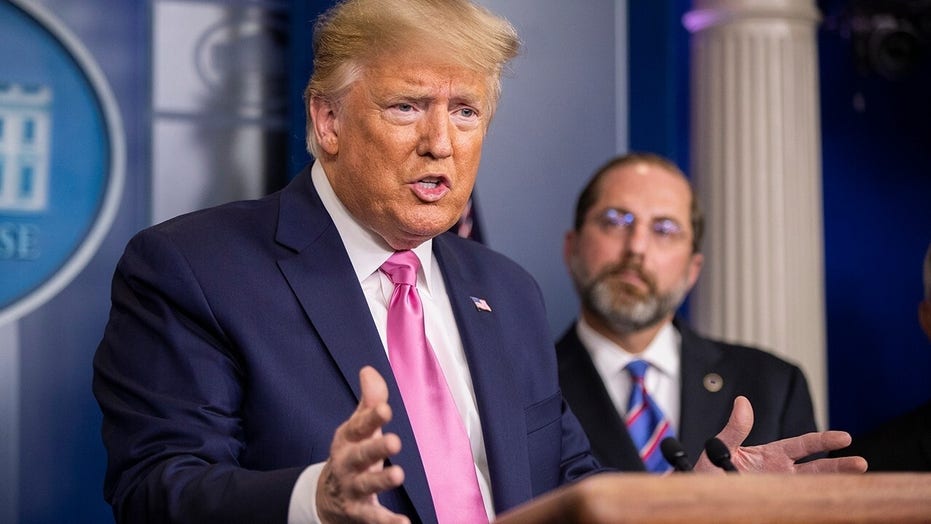 The New York Times was widely mocked on Thursday over an op-ed column that criticized the White House response to the coronavirus outbreak by declaring that the ailment should be referred to as "Trumpvirus."

The piece by columnist Gail Collins was headlined, “Let's Call It Trumpvirus,” and declared that “if you’re feeling awful, you know who to blame.”

“The New York Times is blaming coronavirus on Trump now ... when they should be blaming themselves for the outbreak of Trump Derangement Syndrome,” political satirist Tim Young tweeted.

In the widely lampooned piece, Collins criticized Vice President Mike Pence, who has been assigned to lead the government's coronavirus response.

“Well, it probably could have been worse. Having a czar does make you feel there’s somebody in charge. At least Trump didn’t come before the cameras and announce solemnly, ‘Today I’m asking every American to cross your fingers,’” Collins wrote.

“Our president had to be going crazy over a problem that involves both declining stock prices and germs. This is the guy, after all, who thinks shaking hands is ‘barbaric,’ who is followed around by aides bearing sanitizer,” Collins wrote.

The Times columnist then mocked Trump for blaming the financial markets on Democrats, misspelling coronavirus in a tweet, telling Americans that things are under control and not being as prepared as his predecessor.

“Chances are, if the president is encouraged to mix the subjects of coronavirus and Mexico walls, he’ll suddenly announce that we need a barrier much bigger and thicker and more expensive, so it can stop the flow of immigrant germs,” Collins wrote to end her column.

The column was published one day after the Trump campaign filed a libel lawsuit against what it called the "extremely biased" New York Times, saying the paper's March 27, 2019 op-ed titled “The Real Trump-Russia Quid Pro Quo" amounted to a knowingly false smear intended to "improperly influence the presidential election in November 2020."

Fox News’ Gregg Re and Joseph A. Wulfsohn contributed to this report.